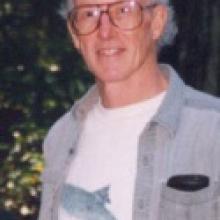 clsvita.pdf
Credentials:
A mechanical engineer who became a cultural anthropologist. Smith received a Bachelors in Mechanical Engineering from Rensselaer Polytechnic Institute in 1961.
Education:

After Seattle anthropologist, Dr. Erna Gunther, noted some of his cultural biases, Smith changed career goals and earned a PhD in cultural anthropology from the University of Arizona in 1968. His dissertation on the Salt River Project resulted in a book that showed how hydropower revenues would be the funding source for dams in the West. He also showed that urbanization led to less water use than in agriculture.

Smith came to Oregon State University in 1969 as a member of the newly created anthropology department. With help from 30 undergraduate students, he showed how building the Green Peter and Foster Dams led to a boom and bust cycle for the community of Sweet Home and questioned whether large dam projects were wise economic investments.

At OSU, Smith's primary responsibilities were teaching undergraduate and graduate students about the diversity in world cultures and people's experiences. He used a very visual approach to cultural anthropology. In research, he focused on contemporary Northwest environmental, community, and equity issues, showing how inequality results from hierarchy and cultural patterns that discriminate against people cost the economy in lost innovative talent and lost productivity.

Smith became an emeritus professor in 2003, and maintains interests in human interaction with natural resources. He focuses on contemporary domestic society and how to create more socially and environmentally just options for the future.