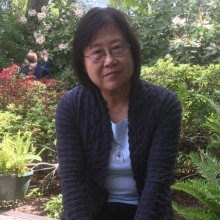 Hua-yu Li is associate professor in the Department of Political Science at Oregon State University. She received her Ph.D. in Comparative Politics from Columbia University and specializes in both China and Japan. She has been teaching a range of Asia-related courses for the department including Chinese Politics, Japanese Politics, International Politics of Asia Pacific, and U.S.-China Relations. Her research includes China’s political economy in the early 1950s and Stalin/Soviet impact on the CCP (Chinese Communist party) and China. She is the author of Mao and the Economic Stalinization of China: 1948–1953 (2006), and co-editor (with Thomas P. Bernstein) of China Learns from the Soviet Union: 1949–Present (2010), and Chinese edition (2019). Currently she is working on a book Stalinism and the Chinese Communist Party under Mao. She is the director for Asian Studies/Minor Degree Program, College of Liberal Arts. Since 2013, she has served as a member, International Advisory Board, Journal of China in Comparative Perspective (UK) and as an Associate in Research, Fairbank Center for Chinese Studies, Harvard University, June 2007–present.