#5 Cadet in the Nation, Sophia Schmiedt on the Benefits of ROTC and Economics at OSU 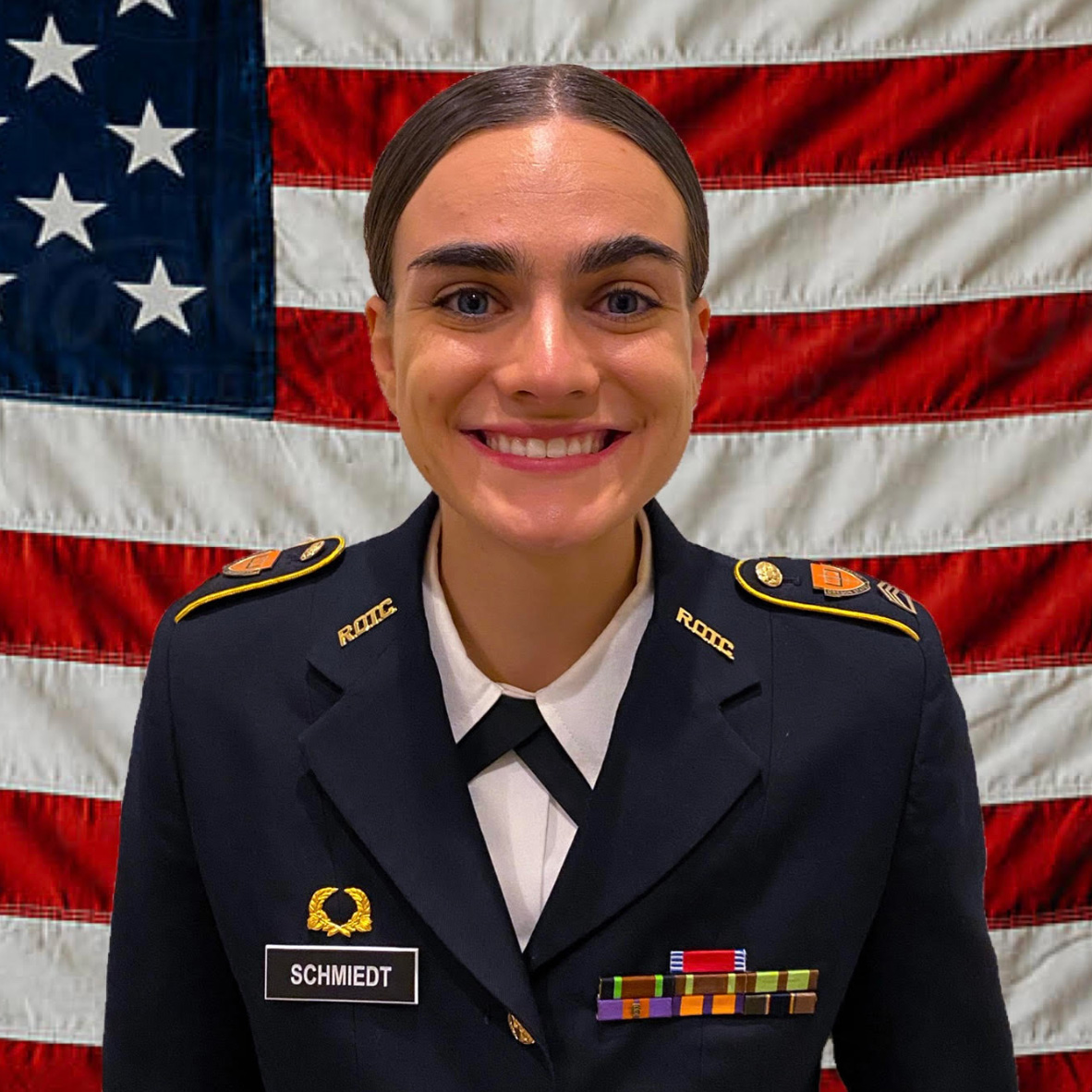 Loves going to sports games at OSU, and tries to go to every Beaver baseball game if she can.

Favorite place to work out: Dixon Rec on campus.

Encourages people just joining ROTC to “sign up for everything,” and participate in the program as much as possible.

During her childhood, Sophia Schmiedt would travel from Manteca, California to Corvallis to visit her uncle. Schmiedt says the two small-ish towns share a homey and rural-esque charm, so when she applied to OSU as a civil engineering undergraduate, “it just felt right.”

Now in her fourth year at OSU and on track to graduate in June 2023, Schmeidt is also one of the top five Reserves Officers Training Corps (ROTC) cadets in the nation, and will soon receive not only her Bachelor of Science in civil engineering, but also a B.S. degree in economics.

Though Schmiedt had no familial connection to the military, she instantly fell in love with the ROTC program at OSU. “I really like the bond, how it was just instantly a group of people all working to get physically fit together and working to serve their country together,” Schmiedt said.

This enthusiasm in the program, along with determination in her studies, paid off when Schmiedt was ranked number five among every cadet at junior-standing or higher in colleges across the country. With around 6,800 cadets eligible to be ranked in ROTC, she placed extraordinarily high due to a combination of factors: her GPA (3.95), extracurricular activities, time and effort spent in the ROTC program, and a slew of online interviews.

The rank is not just a bragging right, though. These ranks will heavily influence the jobs of the ROTC cadets after graduation. Schmiedt is hoping to be an officer in a field artillery unit, specifically at the duty station Fort Campbell, which is near Nashville, Tennessee.

For Schmiedt, OSU has been a place of multiple successful experiments. Not only did she find community and a secured job after graduation through ROTC, she also expanded her academic boundaries. 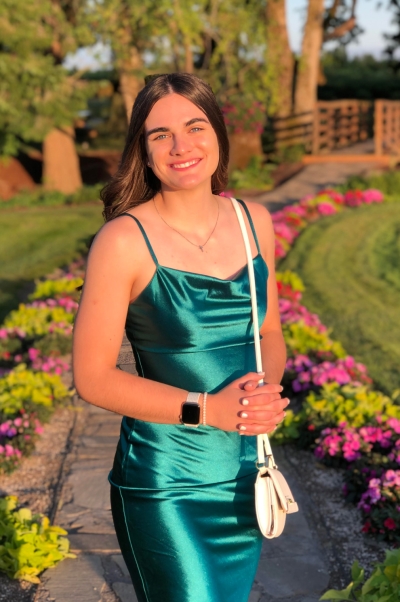 “I started just as a civil engineering student, and then COVID and BLM happened; it was a very tumultuous time,” Schmiedt said. “During that time, I decided law was something I was really interested in and I enrolled in some econ classes under the law and policy option to see if I liked it.”

She indeed liked it, enough to add it as a second major.

Stories like these are all too familiar to Todd Pugatch, associate director of economics. “Our introductory classes fulfill requirements for 40 majors and 15 minors across campus, so we have students from all kinds of backgrounds, interests, and disciplines learning about economics, and many of them find that they want to learn more.”

Schmiedt enjoys the Law, Economics and Policy Option because it helps quantify human behavior. “It's about the real world, but there’s still math behind it,” she said. “So you are analyzing the way people are making decisions and the way they are reacting to things with math equations and graphs. I just think that’s fun.”

Laura Relyea, academic advisor for economics, echoes Schmiedt’s enthusiasm for economics, and clarifies that economics is much more than what many students believe it is.

In reality, she said, the list of current occupations of former economics students at OSU range from traditional trajectories such as business and finance to government and the military, healthcare, environmental science and sustainability, to name a few.

“Economics is an excellent pre-law degree,” said Relyea. “You get deductive and inductive reasoning skills, and analytical and critical thinking with economics.” 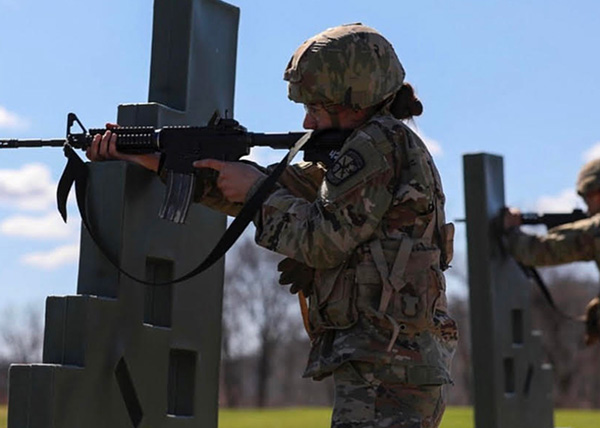 In fact, Schmiedt intends to go to law school in an army program after her post-graduate officer job is complete. She believes that her law and policy option in economics background will serve her well in law school, and then later as a lawyer.

“It’s the variety, the versatility of an economics major that I think does draw a lot of people,” Relyea said. And, she adds, with a bit of long-term planning for an economics degree, “people have a lot of room to explore other fields, majors, and minors.”

“Though economics will help towards my law degree, I think that just in terms of a larger scope, economics has allowed me to think about things like ‘how do people think rationally, what are rational behaviors, and how do they make decisions?’” Schmiedt said. “And that helps in the army, as you’re in stressful situations, making decisions and trying to see how other people are going to react and how they’ll make decisions, too.”

Schmiedt firmly recommends ROTC to anyone who “wants to get stronger mentally and physically, and wants to serve their country.”

“I’m going to leave college debt-free and I have a secure job afterwards with an organization that I’m very fond of.”