School of Language, Culture, and Society

The School of Language, Culture, and Society has a shared focus on community-based, culturally responsive and socially transformative scholarship and teaching. Our diverse programs prepare students for dynamic futures. Look at our programs to see the benefits of applied and experiential learning; equity, difference and social justice; community health and resilience; languages and intercultural communication. 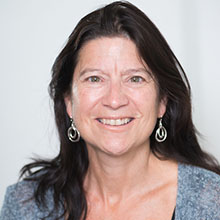 Susan Bernardin is Director of the School of Language, Culture, and Society at Oregon State University. A specialist in Indigenous literary and visual studies as well as Gender & the American West, she has published widely on foundational and contemporary Native authors as well as Indigenous mixed-media, visual arts, and comics. A co-author of Trading Gazes: Euro-American Photographers and Native North Americans, 1880-1940 (Rutgers University Press), she also facilitated a new edition of In the Land of the Grasshopper Song (Bison Books) in collaboration with Karuk tribal members Terry Supahan and André Cramblit. A former president of the Western Literature Association, she is a two-time recipient of its Walker Award for best published essay in the field of Western American Studies. She was also the 2016 recipient of the Beatrice Medicine Award, given by the Association for the Study of American Indian Literatures for her article, “Acorn Soup is Good Food: L. Frank, News from Native California, and the Intersections of Literature and Visual Arts,” published in Studies in American Indian Literatures. She served as guest-editor of the 2014 special issue of Western American Literature entitled, Indigenous Wests: Literary and Visual Aesthetics and is currently editing Gender and the American West, part of Routledge’s Gender Studies Series.

What's in a name? A lot, especially if a particular place had a name, and another one was slapped on top of it.

Among the ranks of essential workers, there may be none more essential than the people who harvest food from farms. It is often done by hand in tough conditions, and those degraded further during the COVID-19 pandemic.

‘You lose a language, you lose a culture’

If dates hold, tracks would put people in New Mexico thousands of years earlier than thought