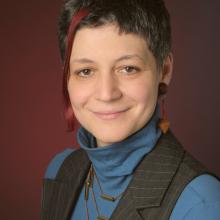 January-March 2018: Research Fellow in residence at the Institute of Sociology of the University of Hamburg, Germany