A speaker series for 2023. The goal of this series is to:

Carmen Thompson "The Making of American Whiteness: The History of Race in America"


Dr. Carmen P. Thompson is a historian and author of The Making of American Whiteness: The Formation of Race in Seventeenth- Century Virginia.  She earned her PhD in U.S. History from the University of Illinois, Urbana-Champaign and her Masters of Arts in African American Studies from Columbia University in New York.  Dr. Thompson is a highly sought expert on Race and Whiteness in America. Her scholarship was quoted in the December 2022 Oregon State Supreme Court decision, Watkins, Jacob Keith v. Ackley, regarding the disparate racial impact of non-unanimous jury decisions.  She wrote the introduction to the forthcoming book, Protest City: Portland’s Summer of Rage, a photo book that chronicles the yearlong protests in Portland, Oregon after the murder of George Floyd by police in 2020.  And she co-edited and authored articles in the peer reviewed journal, Oregon Historical Quarterly, 2019 special issue on White supremacy in Oregon.  She has held visiting scholar appointments at the Institute for Research in African American Studies at Columbia University in New York and in the Black Studies Department at Portland State University, and has taught a wide range of courses on the Black experience and Whiteness at Portland State University and Portland Community College.

Presented by the College of Liberal Arts and the Center for the Humanities. This event is part of Black History Month. Accommodations for disabilities may be made by contacting CLA.events@oregonstate.edu. 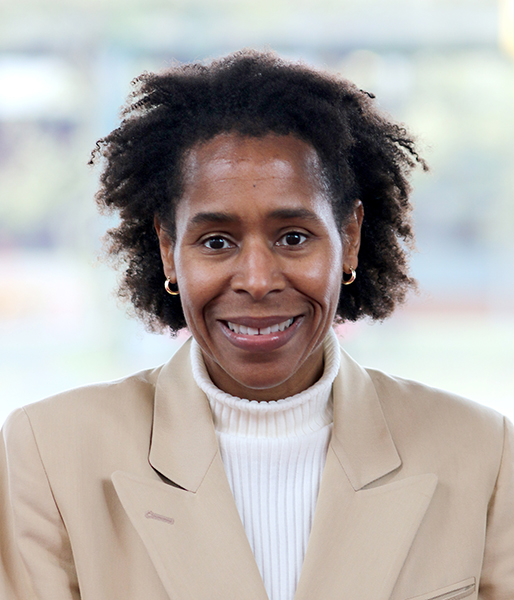 Adom Getachew: A 'Common Spectacle of the Race': Garveyism's Visual Politics of Founding

Adom Getachew is Neubauer Family Assistant Professor of Political Science at the University of Chicago. She is a political theorist with research interests in the history of political thought, theories of race and empire, and postcolonial political theory.

In July 1920, just a month before the first annual convention of the Universal Negro Improvement Association (UNIA), the association’s co-founder, Marcus Garvey, announced, “We are a new people, born out of a new day and new circumstance.” The convention, he argued, was a moment of political founding on the model of the Philadelphia Convention in 1787. This talk will examine the UNIA’s conception of political founding, with particular attention to central role of images, theatricality and performance.

Dr. Michael Dickinson is an assistant professor in history at Virginia Commonwealth University. He was also the 2019-2020 Barra Sabbatical Fellow at University of Pennsylvania's McNeil Center for Early American Studies. His research examines enslaved communities in early Anglo-American cities. His book Almost Dead: Slavery and Social Rebirth in the Black Urban Atlantic, 1680-1807 is forthcoming with University of Georgia Press.

Sponsored by the School of History, Philosophy and Religious Studies and the Aberbach History Program Support Fund.

Danielle Terrazas Williams: Who Dared to Question the Word of a Priest? Free Black Women and Social Capital in 17th Century Mexico

Danielle Terrazas Williams is an Assistant Professor of History at Oberlin College.  Her work focuses on African-descended women in colonial Mexico and she is completing a book project titled Capital of Free Women: Race, Legitimacy, and Liberty in Colonial Mexico, which challenges traditional narratives of racial hierarchies and gendered mobility by focusing on Mexico’s understudied period from 1580-1730.

Carmen Thompson: American Whiteness and Anti-Blackness: Towards an Understanding of Race in America.

Carmen P. Thompson is an independent scholar and historian of race and the Black experience. Dr. Thompson earned her Ph.D. in U.S. History from the University of Illinois, Urbana-Champaign and her master’s degree in African American Studies from Columbia University in New York where she was the recipient of the Zora Neale Hurston Award for Excellence in Writing by the Institute for Research in African American Studies for her M.A. thesis.
She is a member of the editorial board of the peer-reviewed journal, the Oregon Historical Quarterly, where she co-edited and authored articles in the journal’s regionally acclaimed special issue on White supremacy in Oregon. Currently, Dr. Thompson is a visiting scholar in the Black Studies department at Portland State University where she is working on her book "The Making of American Whiteness," which examines the origins of Whiteness in America. Her research interests include the history of slavery and the slave trade in the New World and Pre-colonial West Africa, early African American history, race and ethnicity in early America and the Great Migration.

Austin McCoy: “’Detroit Under STRESS’: Protesting Police Violence in the 1970s and the Present”

This talk will explore the broad-based campaign to abolish the Detroit Police Department’s clandestine “Stop the Robberies, Enjoy Safe Streets” (STRESS) unit that was responsible for killing more than twenty Black Detroiters in three years. Prof. McCoy will use the anti-STRESS movement to draw connections between organizing against police brutality during the early-1970s, the emergence of the Black Lives Matter movement during the Obama Era, and calls to defund and abolish the police in the wake of George Floyd’s murder.

Sponsored by the School of History, Philosophy and Religious Studies and the George & Dorothy Carson History Lectures Fund.

The Cabildos Speaker Series presents a talk by Prof. Youssef Carter. This talk will explore the multiple ways that Black religious symbolism and varying ethical groundings are deployed in both insurgent and assimilative contexts through hiphop music. This talk will comment on questions of capitalist excess, ethnonationalism and migrant politics, racial capitalism, carceral state surveillance and counter-citizenship, all in relation to Black religious politics.

Award-winning and critically acclaimed author Mitchell S. Jackson is a native of Portland, Oregon. Jackson’s work explores his hometown, including the systemic forces that shaped his community, his family, and his early life. That exploration began with a novel titled The Residue Years—a book that announced Jackson as a bright new voice in literary fiction.

Sponsored by the History Program, Anonymous Donors, School of Writing, Literature and Film and the College of Liberal Arts.


Watch the video of this event