What is Code-Meshing? || Oregon State Guide to Grammar

"What Is Code-Meshing?" Oregon State Guide to Grammar

We’re here to talk about something you already do—something that’s a common, everyday practice for most of the world, but one that not all teachers appreciate. Code-meshing is an approach to communication that assumes that all dialects and languages are equal in their complexity and value. In practice, it acts exactly as the name suggests: combining, or meshing, different “codes” within one context. “Code” is a linguistic term that refers to the dialectal and vernacular words that make up language. 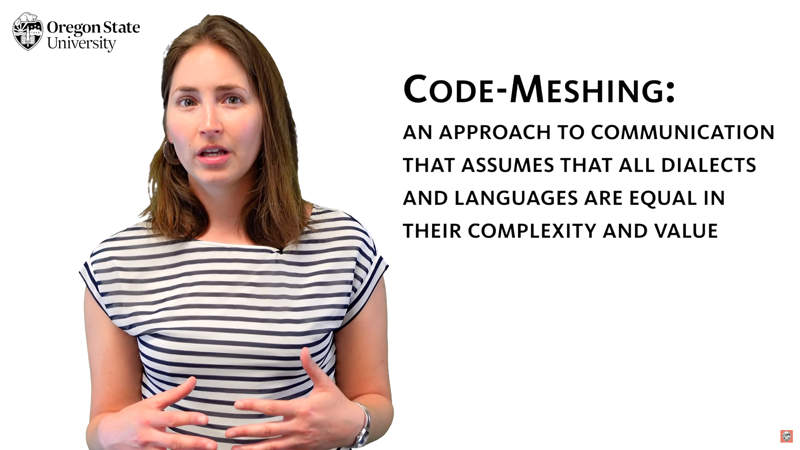 Schools typically adhere to the conventions of Standard Written English and consider other codes of language to be appropriate only in casual or private use. In many classrooms, teachers enforce a specific set of grammar rules, disallow the use of vernacular phrases that have meaning within specific cultures, and ask students to write in what teachers believe to be the only code appropriate for academic, formal, or professional contexts. Code-meshing, on the other hand, challenges the idea that Standard Written English is “correct” or “formal” and instead considers English to be a global and fluid language. It embraces the idea that we can use multiple dialects within a single essay, for example. And it begins to address some of the language imbalances between minority communities and the dominant cultures that tend to dictate students’ educations.

In the past, “code-switching” was promoted as the ideal method of navigating cultural and linguistic differences. Code-switching means that people will switch back and forth between different languages or dialects depending upon their situation. While code-switching allows people to adjust their language use in different contexts, it still promotes the idea that one “code” is more appropriate than another. Code-switching looks at language as an either-or scenario. It limits the type of language used in specific situations. 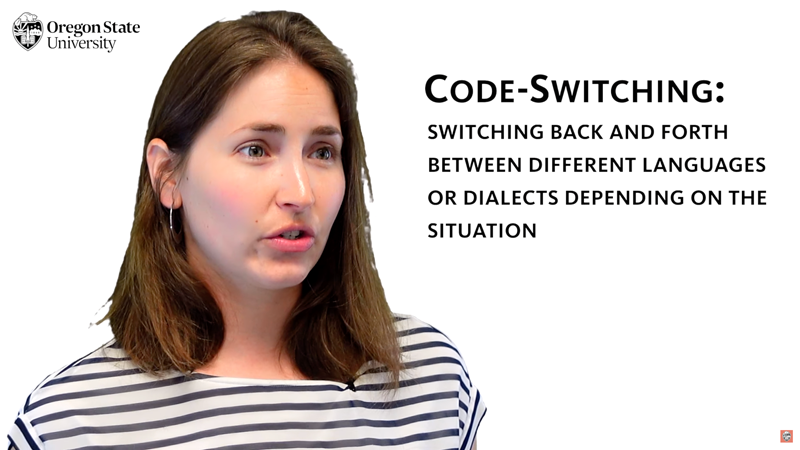 For example, a teacher might tell students that it’s okay to use slang in casual writing assignments (like a journal submission), but that to earn an A in more formal assignments (like a research paper) they need to switch to the “right” way of writing (by which they mean Standard Written English). The issue here is not that the teacher is asking for a different code to be used. It’s the teacher’s assumption that one is inherently better than the other, and that only one code is appropriate for an audience’s expectations.

Code-meshing considers all dialectal choices as inherently equal and doesn’t assume one is more “standard.” It attempts to cultivate spaces where there is no right or wrong use of language. Instead, it promotes the idea that language is complex and that its variations can coexist, in all forms, in any context. And in practice, code-meshing can result in extremely powerful and engaging speech and writing. We see it from creative and academic writers like James Kelman, Vershawn Ashanti Young, and Gloria Anzaldùa, but also in less formal writing and speaking. 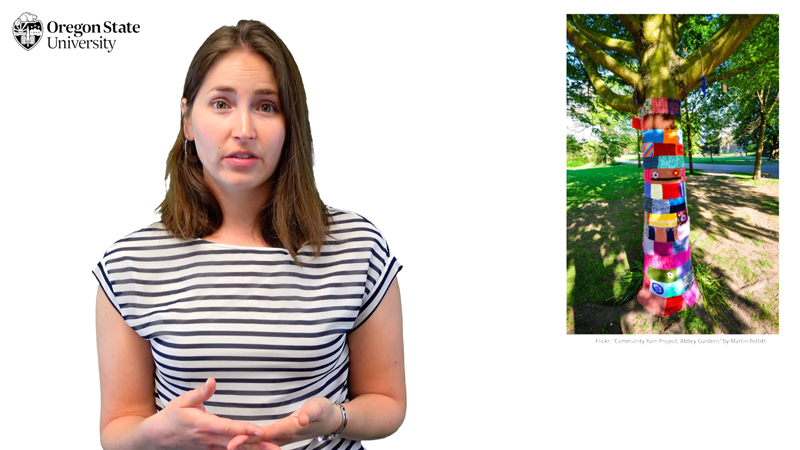 But let’s be clear: code-meshing isn’t just a literary or linguistic experiment. It is a very real way to assert one’s identity—your identity—in all its various cultural expressions. In many ways choosing how to code-mesh in your own writing is a very personal process, dependent on your own voice and experiences. But regardless of how you might choose to code-mesh, it’s important to understand and appreciate the beauty of code-meshing as it is already used all around us. Where have you seen code-meshing? Where do you code mesh? Let us know in the comments section.