How to Use a Semicolon || Oregon State Guide to Grammar

"How to Use a Semicolon": Oregon State Guide to Grammar

How to Use a Semicolon (transcript)

You’ve seen it before: that “winking” punctuation of a dot and a comma. But how exactly do you use a semicolon? The good news: there are exactly two answers to this question. That’s it!

Here’s an example: “The pancakes were delicious; they were fluffy and sweet.” You can see that each half of this sentence—on either side of the semicolon—could stand alone as a complete sentence. I could replace the semicolon with a period, and it would still make perfect sense. 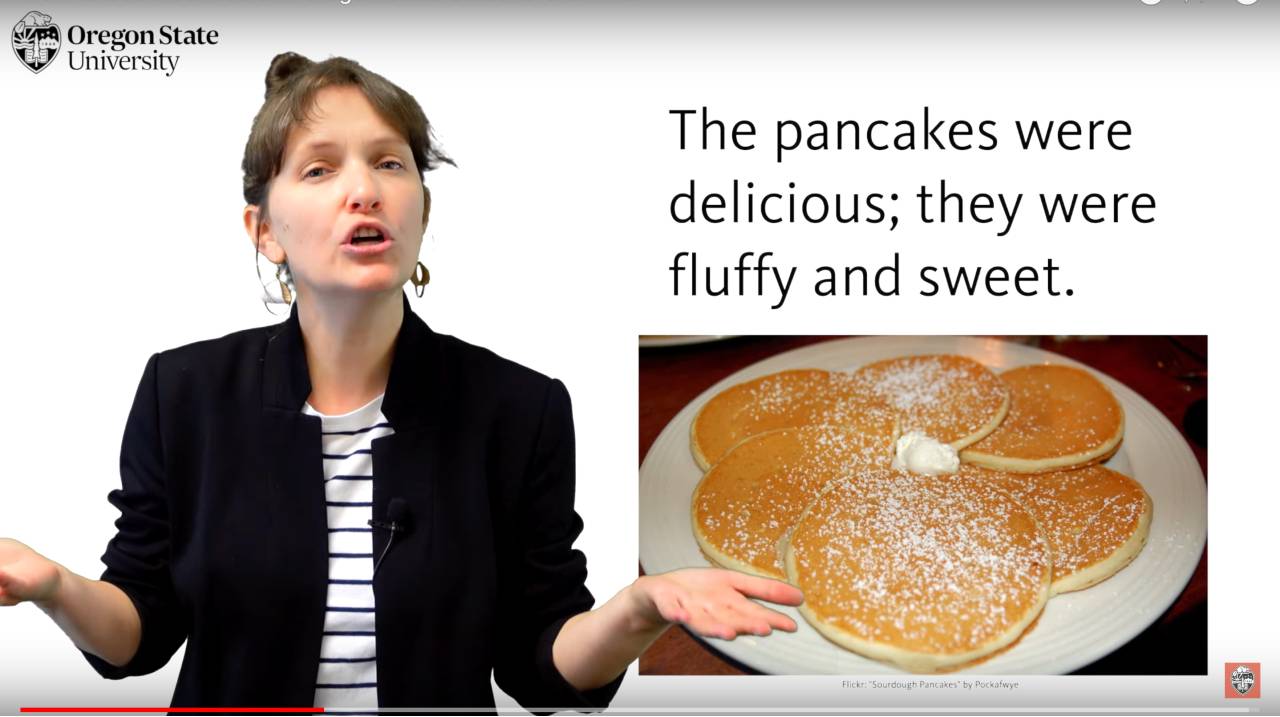 Note that there is no coordinating conjunction—such as for, and, but, etc.—or other linking phrase. Just the semicolon alone is enough to connect the sentences.

So why use a semicolon this way? Well, it indicates that these two ideas are linked. It acts as a plus sign, showing that you are adding more information onto the previous idea.

You might be wondering, couldn’t I do this same thing with a comma? Well, not exactly like this. If we tried to re-write our pancake example with a comma alone, it wouldn’t work: “The pancakes were delicious, they were fluffy and sweet.” A comma alone isn’t strong enough to connect
the sentences. That’s called a comma splice, which we’ll discuss in a future video.

If you have two sentences that are related to each other, you CAN connect them with a comma AND a coordinating conjunction—for, and, nor, but, or, yet, so—but not a comma alone.

The other way to use semicolons is between items in a complex list, especially if any item on the list contains its own commas. In a simple list, we separate items with commas. For example, “I need to go to the store for bread, milk, and eggs.”

However, if an item on the list contains commas within it, then just using commas to also separate the items on the list would be confusing: “Today I need to clean the house, go to the store for bread, milk, and eggs, and finish my history paper.” Instead, we separate the items in this list with semicolons to be clearer. 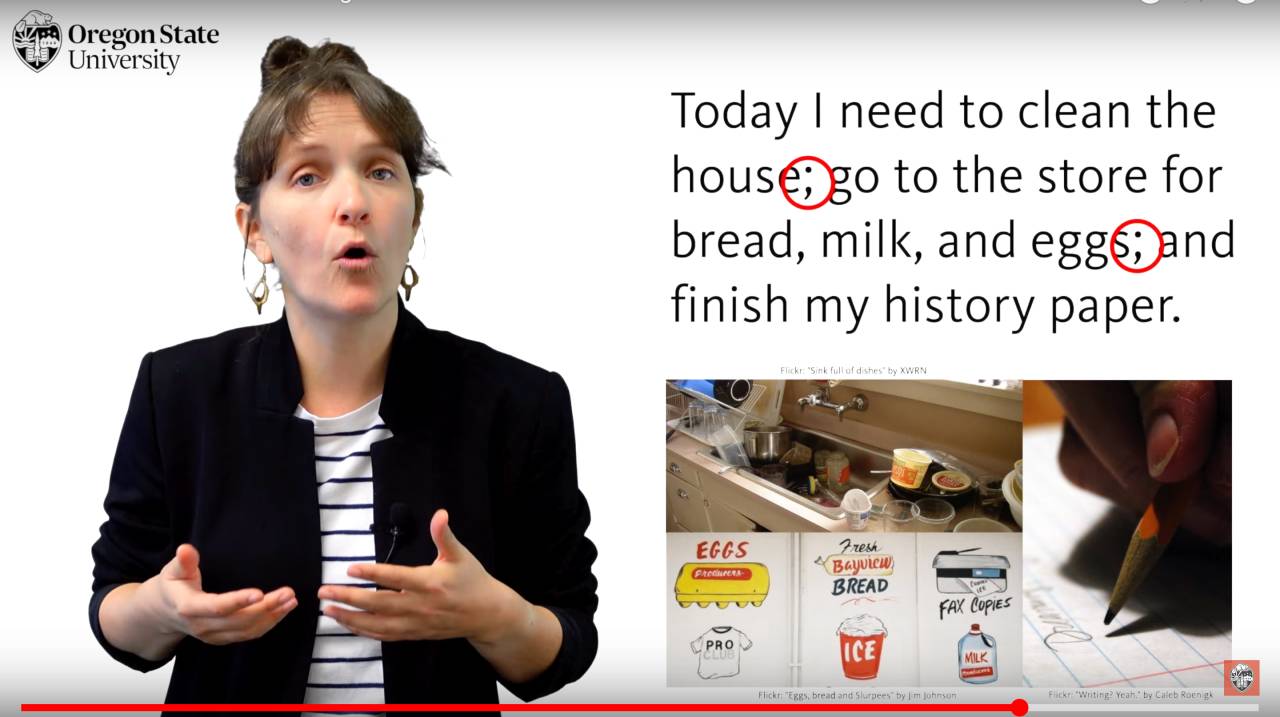 Some writers find this use of the semicolon a little clunky, and they would look for a different way to write the sentence. That’s true of semicolons in general: some writers find them overly formal, or they just don’t like them!

That’s ok. You can be a good writer and never use a semicolon, but it’s worth knowing how so that you can make that choice for yourself. Writers who embrace the semicolon find that it gives them another way to combine sentences, improving the variety and flow of their writing. It’s another tool in their writing toolkit.