What is Metonymy? || Oregon State Guide to Literary Terms

"What is Metonymy?" A Guide for English Students and Teachers

What is Metonymy? Transcript (English and Spanish Subtitles Available in Video. Click HERE for Spanish Transcript)

To understand metonymy, it’s important to watch Professor Tim Jensen’s video on metaphor first. Metaphor and metonymy are both types of figurative language, in which the speaker or writer wants us to understand one thing by associating it without something else. But those associations work differently for metaphor and metonymy as well as for a third variation, synecdoche, on which you can also find an Oregon State video. Metaphor is the easiest to understand and the most common, so if you haven’t watched the metaphor video, go do that now.

Having watched the video, I’m sure you’ll agree with me that that Jensen’s explanation is the bomb. You should recognize that as a metaphor – I don’t mean that his video is going to literally explode, but I do mean that the qualities associated with a bomb (it’s dramatic, it’s powerful, it’s in-your-face) represent the edgy way Jensen teaches you the concept. 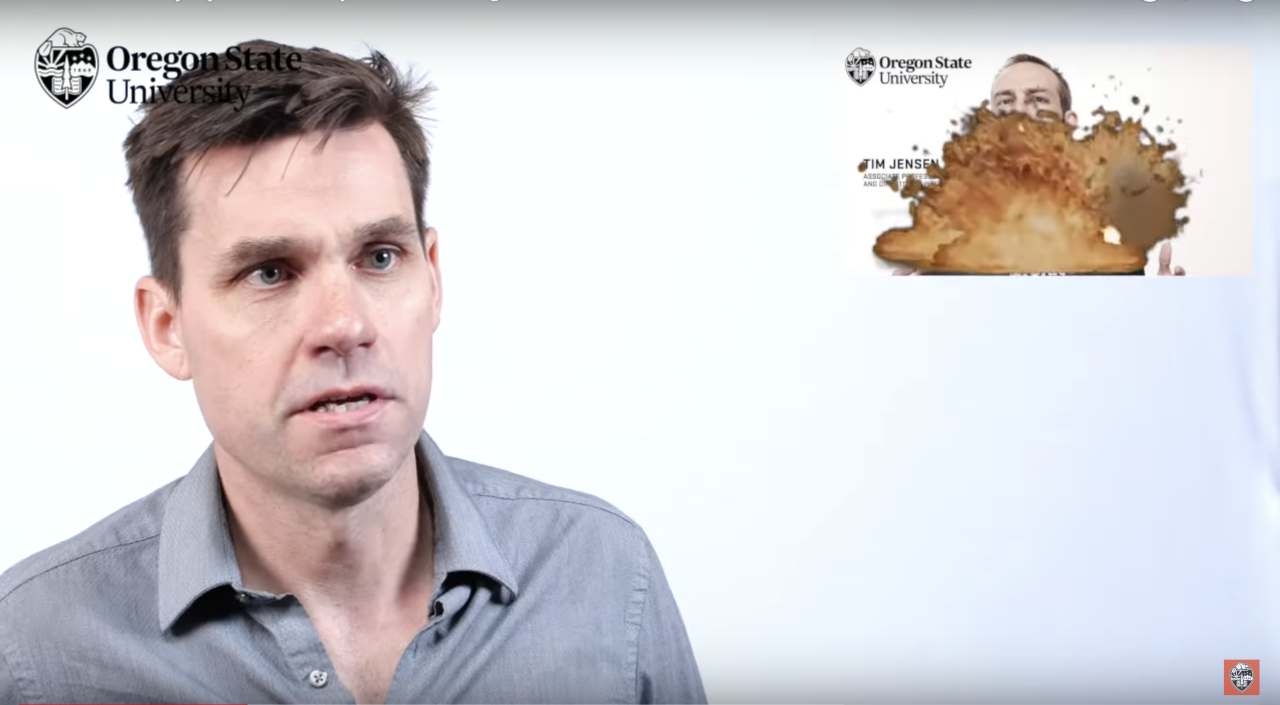 In metaphor, the things you are comparing have qualities in common, like a bomb and Professor Jensen’s teaching style.

In metonymy, however, the things you are comparing are actually not similar in terms of their qualities. Instead, you’re replacing the thing you want to characterize with something associated with it but not physically or emotionally like it. Here’s an example: let’s agree that we are looking forward to the day when Hollywood discovers Professor Jensen to make TV infomercials. Obviously, the physical neighborhood of Hollywood, Los Angeles, is not discovering anybody. When I say Hollywood, I really mean people in the film and TV industries. You understand that I’m actually talking about people even though I said the name of a place because you are super-familiar with this common metonym, the one that replaces filmmakers with Hollywood. 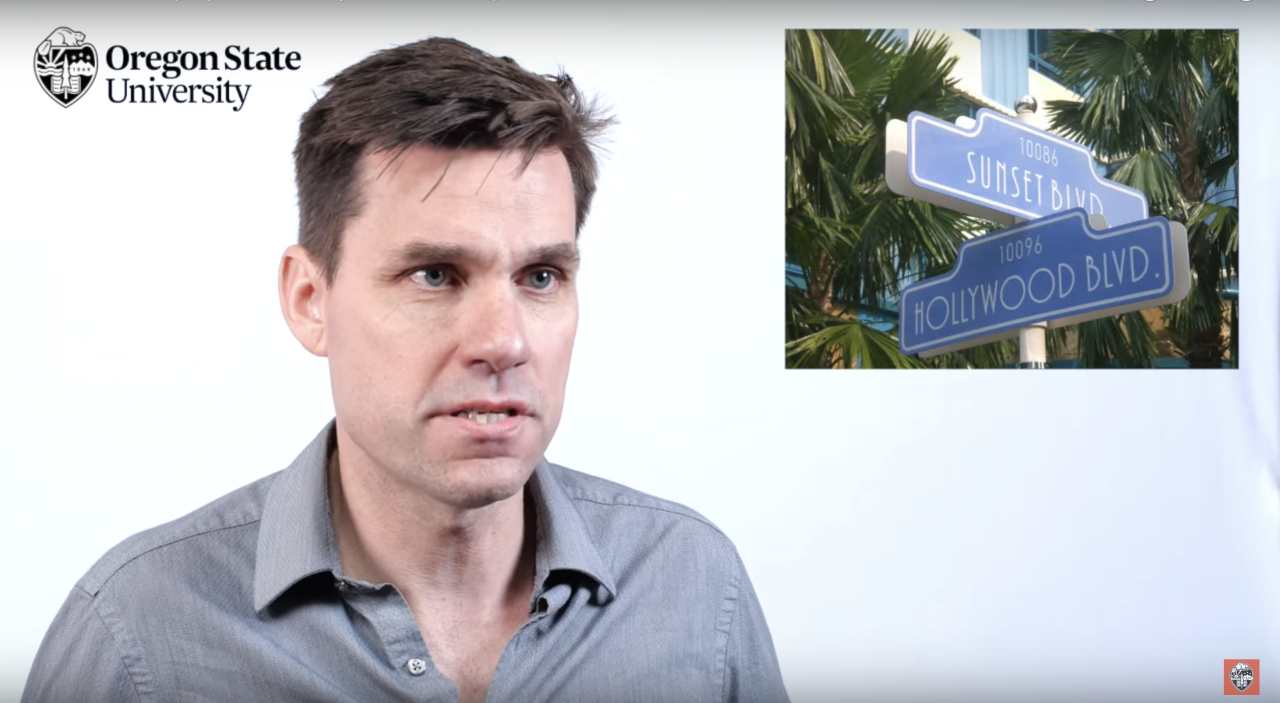 Here’s another example: after watching the metaphor video, we could say that we should give Professor Jensen a hand. Do I mean that literally, that we should amputate ourselves at the wrist and give him our severed hand? No. You automatically, without thinking about it, make a metonymic substitution, understanding “hand” to mean “applause.” Like filmmakers and Hollywood, hands and applause are associated with one another but aren’t like one another. That’s the difference between metonyms and metaphors.

There are dozens of classic examples in our everyday language. The white house made a statement today: the white house can’t talk, and the building isn’t like the President’s administration, but symbolizes it associationally. Other classics: Victoria was the crown of England.  Danish is my mother tongue. Don’t let the man get you down. In those examples, crown, tongue, and man are all metonyms. [video explicates that they link to “queen,” “language,” and “oppressive systems of authority”] 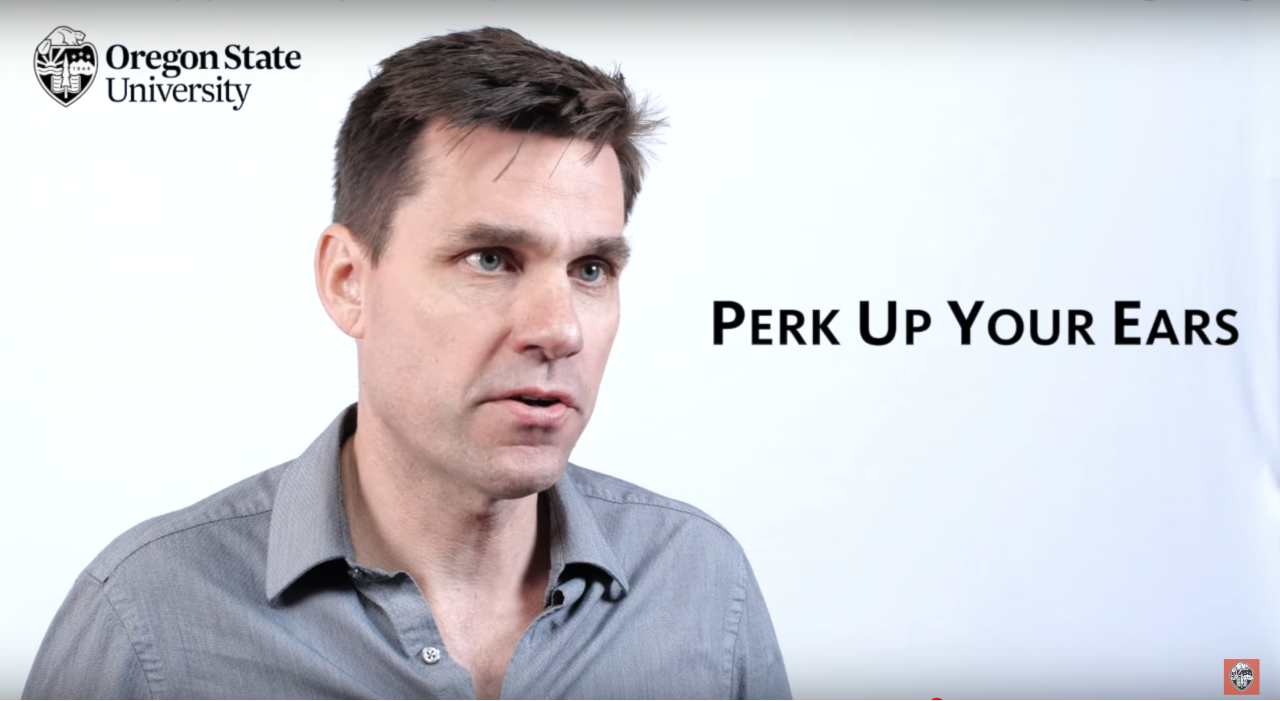 In literature, when you notice a metonym, perk up your ears. (Ears, there, is a metonym for attention.) When a writer uses metonymy, something interpretively interesting is often happening. Emily Dickinson describes feeling drunk on the beautiful qualities of a summer day:

And Debauchee of Dew –

From inns of molten blue ("I taste a liquor never brewed")

The word “inns” here is a metonym. We are supposed to understand “inns of molten blue” not as actual blue hotels but as the beautiful blue days she inhabits throughout the summer. Dickinson’s joyous wordplay correlates to her feeling creative, unrestrained, and free in her enjoyment of the world’s beauty. The metonym that replaces “days” with “inns” represents the poet’s delight in connection, imagination, and inventiveness.

1.) The setting of Hawthorne's story is Salem, Massachusetts. What ideas or associations does this location have and how might this metonym operate to convey meaning in this story?  Can you spot any other potential metonyms, and if so, how do they function?