What is a Simile? || Oregon State Guide to Literary Terms

"What is a Simile?": A Guide for English Students and Teachers

What is a Simile? Transcript (Spanish and English Subtitles Available. Click HERE for the Spanish Transcript)

Simile is a branch of metaphor, so I recommend you start with the Oregon State lesson on that term if you haven't already encountered it.

As you know from the metaphor lesson, metaphors compare two things that have qualities in common. If I say "That guy is a tool," I don't mean that he is an actual wrench or hammer or screwdriver. What I mean is that "that guy" is working within the system rather than thinking for himself.

Simile, in essence, is a metaphor that is really easy to identify, because it calls attention to itself.  It does so typically by using the words 'like' or 'as.' From my point of view, a good working definition of simile stresses its level of identifiability. Unlike the more general category of metaphor, the author of a simile explicitly directs us to compare the things in common.

This technique occurs all the time in Stephen Crane's story "The Open Boat."  It's loaded with similes--one or more on every page. Here are some examples:

The waves on the ocean "seemed thrust up in points like rocks."

"Mats of seaweed rolled over the waves with movement like carpets on a line in a gale."

Once the castaways reach the shore, one of them falls to the sand with a thud "as if he had been dropped from a roof."

Notice how in all these cases Crane forces us to see the metaphorical comparison. 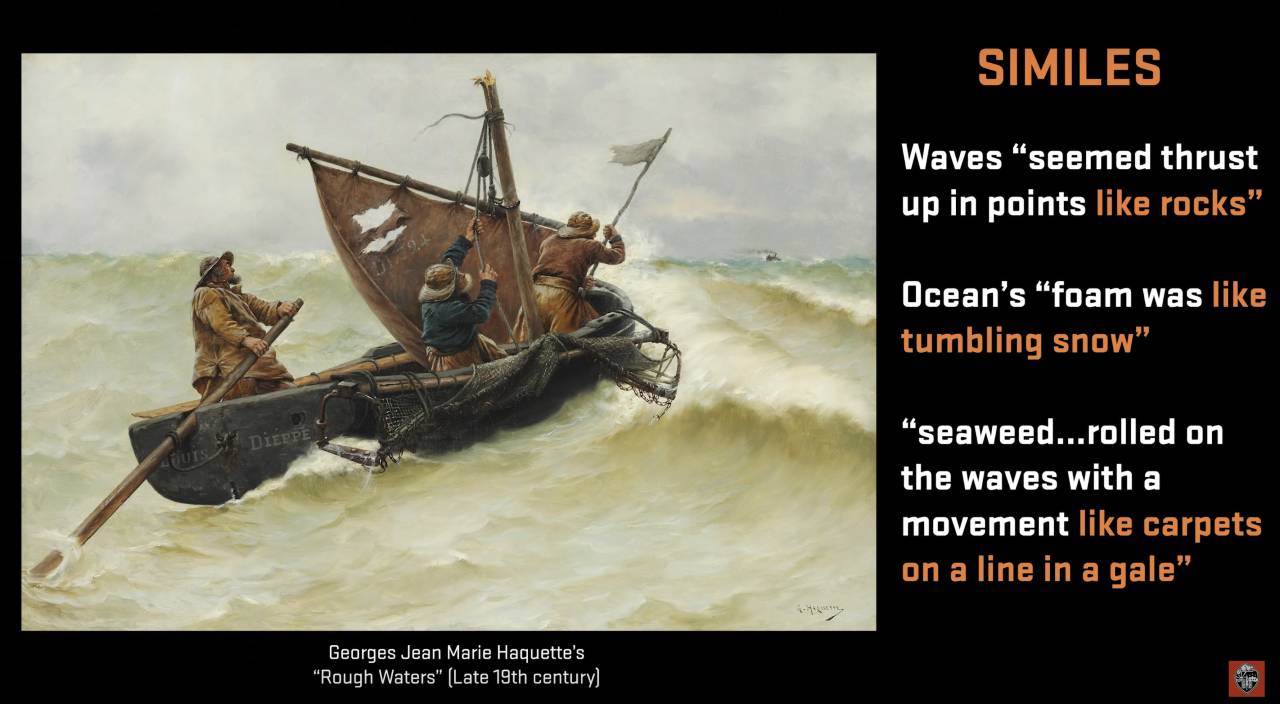 While it's a little too easy to say that similes will always use the words 'like' or 'as,' those words do call attention to the comparison in a way that is much more explicit than a metaphor.

So, why does it matter that Crane uses so many similes? This is a story apparently about the impersonality of the ocean--about how nature is indifferent to the fate of the men who are trying to row a boat from the scene of their shipwreck to shore. They row through miles of cold and inhospitable ocean, but the story is as much about their human warmth for each other, how they bond together in the little boat over the course of this harrowing experience. 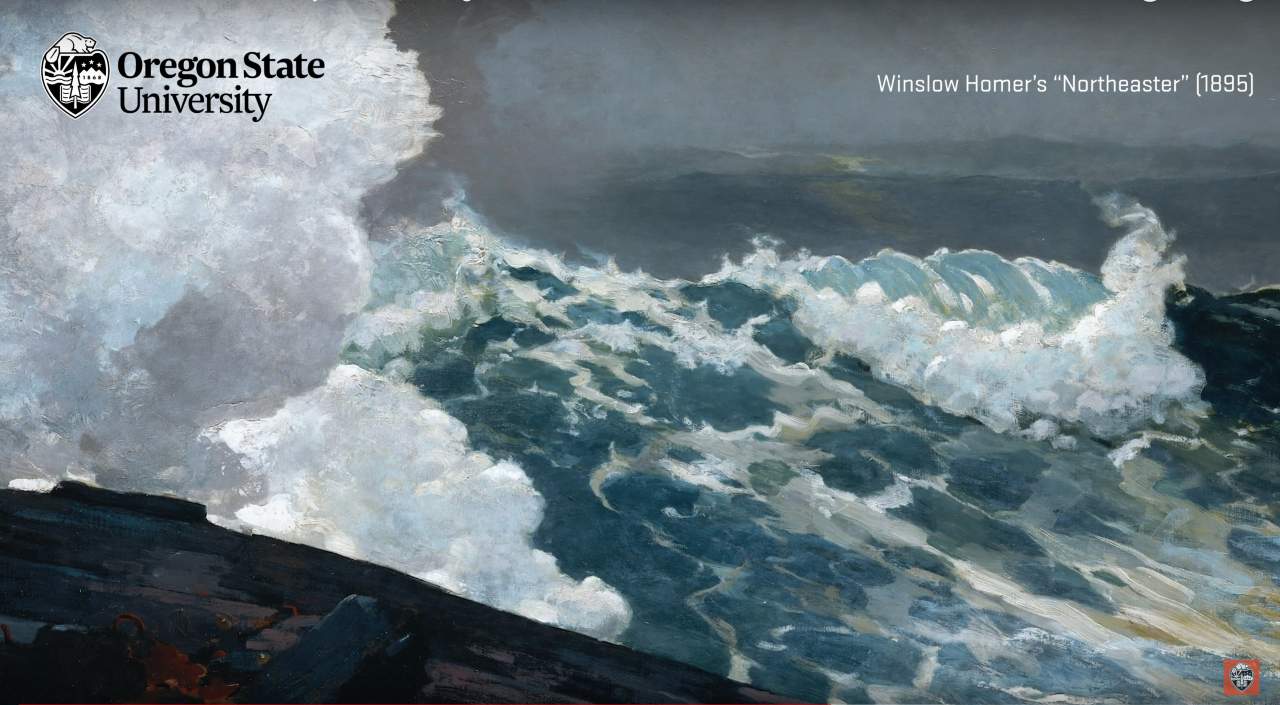 Similes are a way that meaning too is made--not found in the world out there. They capture how meaning is generated by human activities of mind. By suffusing the story with similes, Crane's story pulls back from being a nihilistic portrayal of cold, hard, impersonal, and literal reality. The many similes give even a story apparently about nature's indifference to humans a level of humanity, of meaning making, that is summed up in the story's final line: "The men who survive," Crane writes, "feel that they can now serve as interpreters of the ocean's power and force."

As its title suggests, Ernest Hemingway's short story "Hills Like White Elephants" and Keats' "On First Looking Into Chapman's Homer" offer opportunities to practice not only identifying similes but also explaining how they function.

Writing Prompt #1: The woman in Hemingway's story is intent on explicitly directing the man to see their surrounding environment in a certain way. Why would she want to insist on this simile? What it might mean for the man not to see those hills "like" she does?