What is a Theme in Literature? || Definition & Examples

"What is a Theme in Literature?": A Literary Guide for English Students and Teachers

What is a Theme in Literature? Transcript (English and Spanish subtitles available in video)

Be yourself. We’ve all heard it before, but is it good advice?

Well, sure, except that it’s maybe a little too simplistic to cover every situation. Yes, be yourself—unless you don’t know who that is, or unless you think it’s someone different from who you actually are, or unless you’ve got too many selves to be all of them at once, or unless you’re mean or selfish or closed-minded or conceited or dishonest, in which case—yeah, go ahead and work on that.

Usually, the more we look at an issue, the more we can see the complexity lurking behind the easy answers, and the less useful we find simplistic advice, like be yourself. That’s why the best stories and novels usually try to avoid it. Instead, they show the big, complicated questions beneath the advice, like how do you know who you are, and where does identity come from? They develop themes, in other words. Not morals.

A theme is a central, unifying idea. It’s the bigger issue that emerges as the characters pursue their goals. It has less to do with whether they’ll win the race, or get the date, or find the treasure, and more to do with the deeper questions about identity, philosophy, or morality that arise during their attempts.

A moral, on the other hand, is a message, a recommendation for how to live. They can be useful for children, who need guidance and simplicity to make sense of the world, but usually the more we experience the world for ourselves, the more these simplistic answers feel unsatisfying, even insulting. What good is advice like “be yourself,” when the “self” inside us is still emerging, and ambiguous, and half-finished, and full of contradictions?

There's a famous writer and writing teacher named John Gardner, and this is what he had to say about it: "By 'theme' we do not mean 'message--a word no good writer likes applied to his work." There's another famous writer named Anton Chekhov, and here's how he said it: "You are confusing two concepts, the solution of the problem and the correct formulation of the problem. Only the second is required of the artist." In other words, it’s not a writer’s job to answer the world’s difficult questions, only to show those questions clearly with their stories. 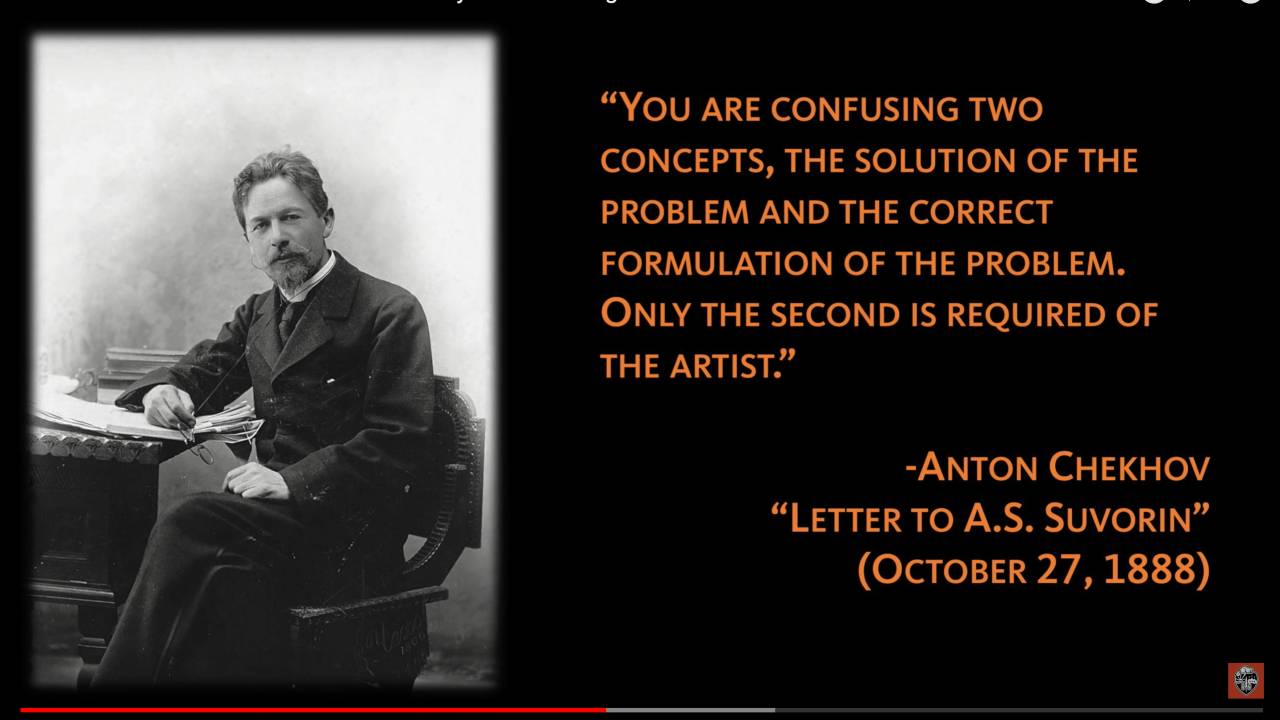 In the story “Boys and Girls” by Alice Munro, for example, a girl growing up on a farm gets nudged from the traditionally masculine activities she enjoys, such as doing outdoor chores with her father, to the traditionally feminine activities she doesn’t, such as helping her mother in the kitchen. She rebels, trying to stay in her father’s world, but then, near the end, when he’s trying to chase down a mare he wants to slaughter, he orders the girl to close a gate, and she swings it open instead. In doing so, she’s still rebelling. She’s refusing to trap the girl horse as she herself refuses to be trapped by her gender. But she’s also choosing sides—and choosing the female side instead of her father’s—which the father then uses as proof that she’s, quote, just a girl. 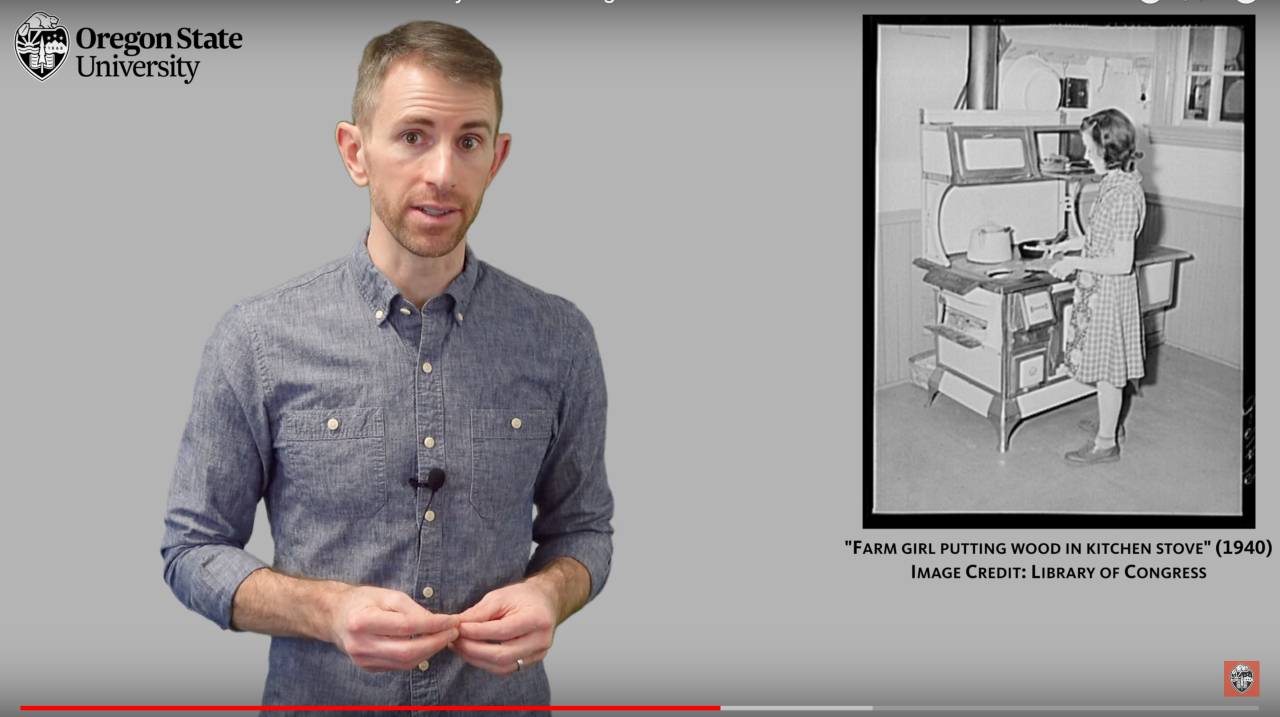 So what’s the story’s theme? Well, one perfectly valid answer would be “gender roles.” That’s the deeper issue that emerges from the action. It’s what the story is about. But if you want to take it further, you could also state the theme as a more complex and specific question about that topic. How do gender roles define who we are? How legitimate is that definition? Are gender roles cultural or innate? What are the consequences of enforcing them and participating in them? These are the more specific, complex versions of the story’s theme.

Why not? Well, probably because there are no easy answers to these questions, not in life and not in the story, which is why I think it’s appropriate to phrase themes as questions. The best stories honor the difficulty of these questions by demonstrating them clearly, with all their maddening mystery and complexity intact, rather than slapping on some half-valid answer. That’s what makes a story “true” even when it’s fiction, and it’s why it’s so important for us to understand a story’s theme rather than searching in vain for a moral.