What is Personification? || Oregon State Guide to Literary Terms

"What is Personification?": A Guide for English Students and Teachers

I’m having the worst day! My alarm clock yelled at me to get out of bed this morning. My dog scorned me when I tried to pet her. Then the wind absolutely howled when I was riding my bike to campus. Now I’m here . . . and the camera is not known to love English professors.

So why am I here? To illustrate the uses of personification, of course. That little story I just told about my day so far? Each sentence featured personification, where something not human was described as if it had human emotions or characteristics: the alarm clock yelled, my dog scorned, and the wind howled.

Personification can lend atmosphere to a scene or give lifelikeness to an object or animal that might otherwise seem dull. It can help readers connect with the parts of a story or poem that aren’t the characters. Once we see human-like emotions being portrayed – even by an alarm clock – we react with our human emotions. We might find the alarm clock infuriating or pathetic or funny. So, personification can create a connection between the reader and the thing being described.

To dig into how this works, let’s check out a scene featuring the infamous Ebenezer Scrooge from Charles’s Dickens’s short story, “A Christmas Carol.” As you might already know, Scrooge was a mean and dismal miser who only lived to make money. He didn’t have any family, any friends, or any sources of real joy. So, it’s probably no surprise that he lives in an apartment in a building that’s also pretty miserable. Here’s how Dickens describes Scrooge’s apartment, which he calls his “rooms”:

“They were a gloomy suite of rooms, in a lowering pile of building up a yard, where it had so little business to be, that one could scarcely help fancying it must have run there when it was a young house, playing at hide-and-seek with other houses, and forgotten the way out again.” 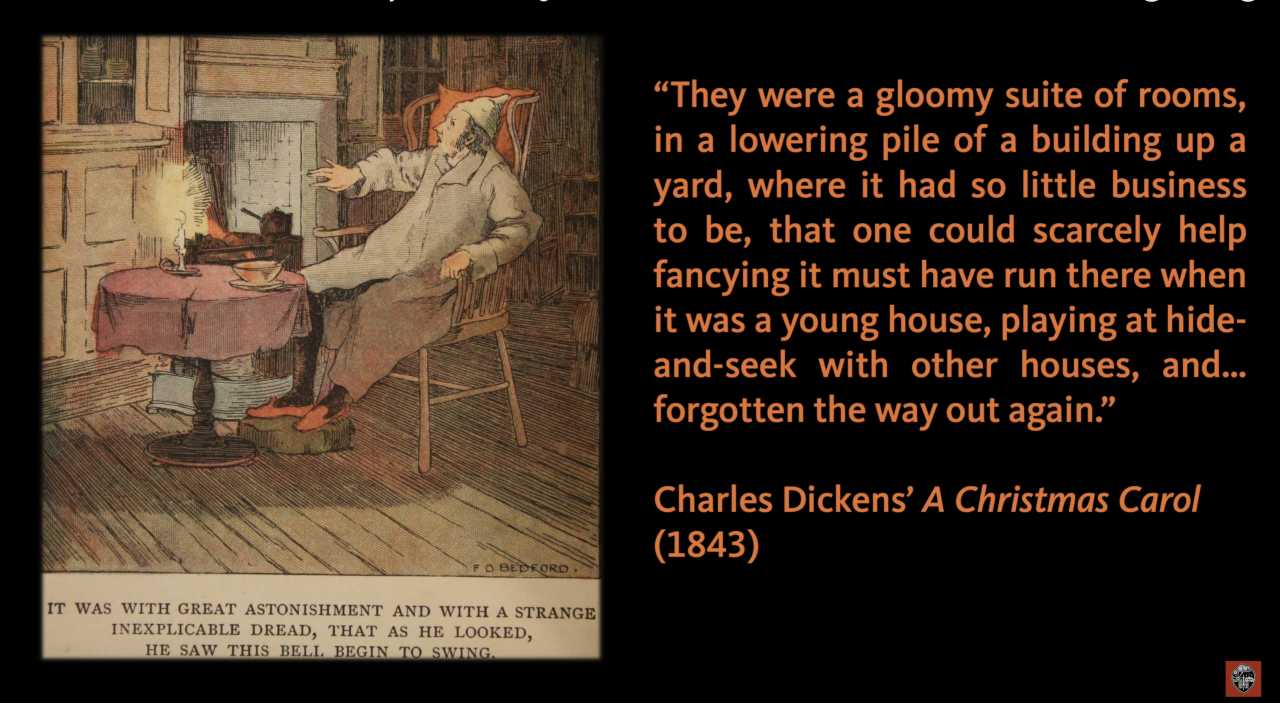 The building where Scrooge lives is personified as lonely and forgotten. It doesn’t have any “business” being where it is – in fact, only Scrooge lives there and the rest of the rooms are rented out to businesses, so it’s cold and empty most of the time that he’s there. This out-of- place building seems to have ended up there by accident, a leftover from a more joyful, youthful time. Dickens helps us imagine that this building might have been playing hide-and- seek – a game that children play – but instead of being found, it was abandoned when nobody came to find it. So, now the building is just stuck there, discarded and almost deserted. 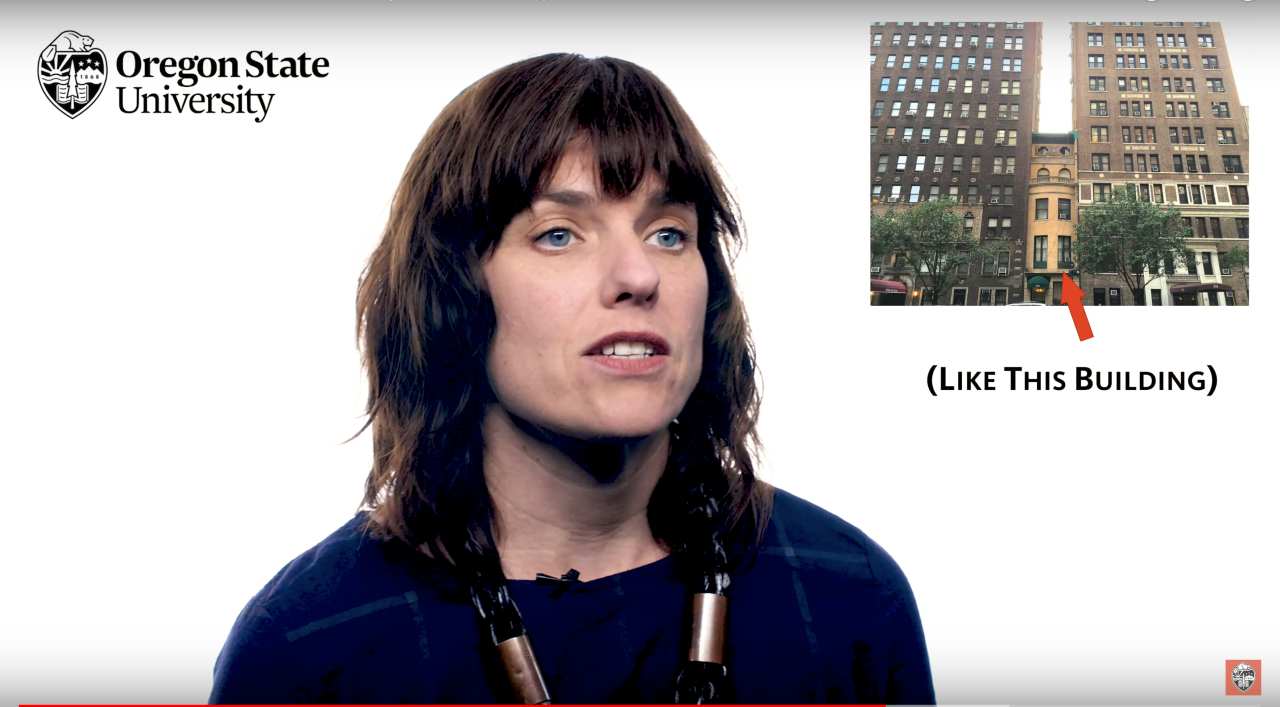 Dickens is a master of personification – readers have been commenting on his use of the device from the time “A Christmas Carol” was first published in 1843 all the way until today. And one thing they usually agree on is that Dickens uses personification so that the setting will amplify something essential about the characters, deepening the reader’s understanding and emotional reaction.

The building that Scrooge lives in reflects his own miserable existence. He might once have been young and playful, but now he’s all alone, forgotten and out of the way, just like his home. So, to sum up: personification makes the world more vivid by illustrating an idea or reflecting a character’s mood. It helps us see our humanity in the world all around us. 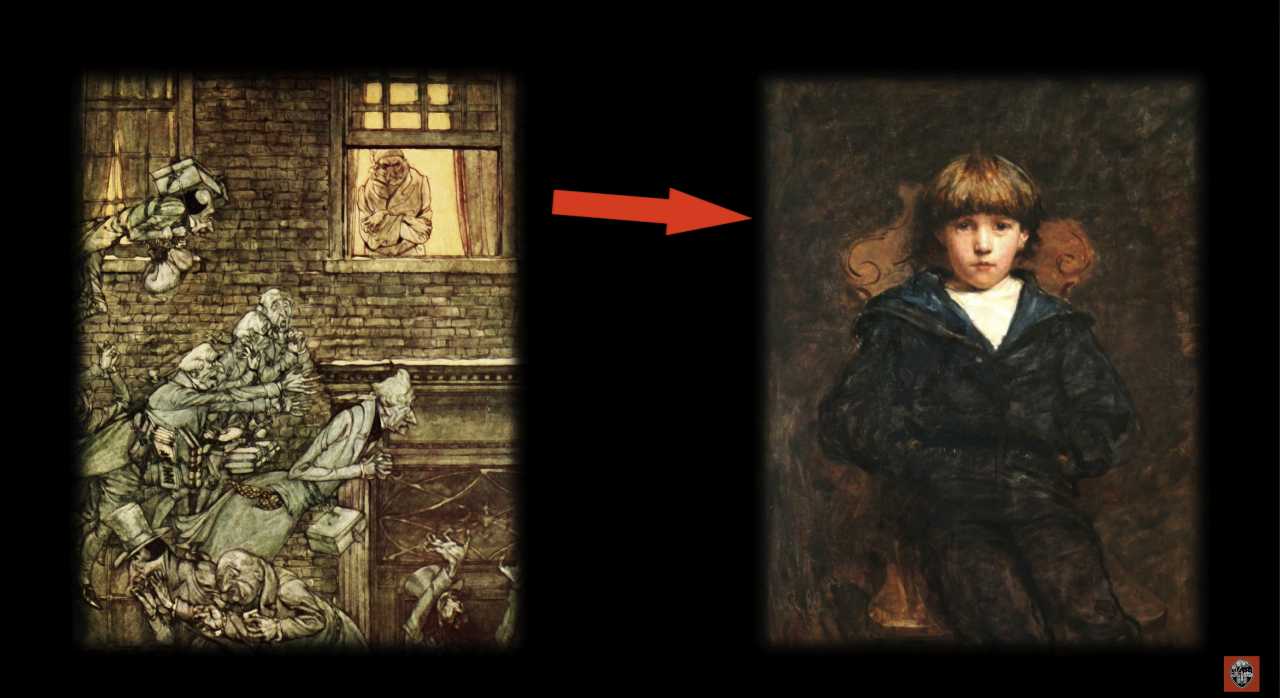 Stephen Crane's short story "The Open Boat" offers many opportunities for students to practice identifying personification. A useful activity would be to first catalog the different types of personification in the story and then discuss why the sailors might want to give nature a 'human' face during their crisis at sea. For a related reading of this story, see our "What is a Simile?" video.