What is Rhyme? || Definition & Examples

"What is Rhyme?" A Guide for English Students and Teachers

I’m going to tell you the biggest secret there is about rhymes. In poetry, the best rhymes...barely rhyme. They echo. If rhymes were images and not sounds, they’d be like mirror images…but it’s a distorted mirror. A wavering reflection of a mirror. A wobbly reverberation of a sound.

We all know what rhyming is, ever since we heard our first nursery rhyme: Baa, baa, black sheep / Have you any wool? / Yes sir, yes sir, / three bags full. / One for the master, / And one for the dame, / And one for the little boy / Who lives down the lane.

You know that WOOL and FULL rhyme. And so do DAME and LANE. Their a little off, a little slanted. But, think of dame and lane as echoes more than rhymes. And that’s the secret. Rhymes are echoes. They’re more like close parallels of sounds, and not always the exact sounds. Like echoes, the parallel sounds change a little in the distance. They bend, they slant. 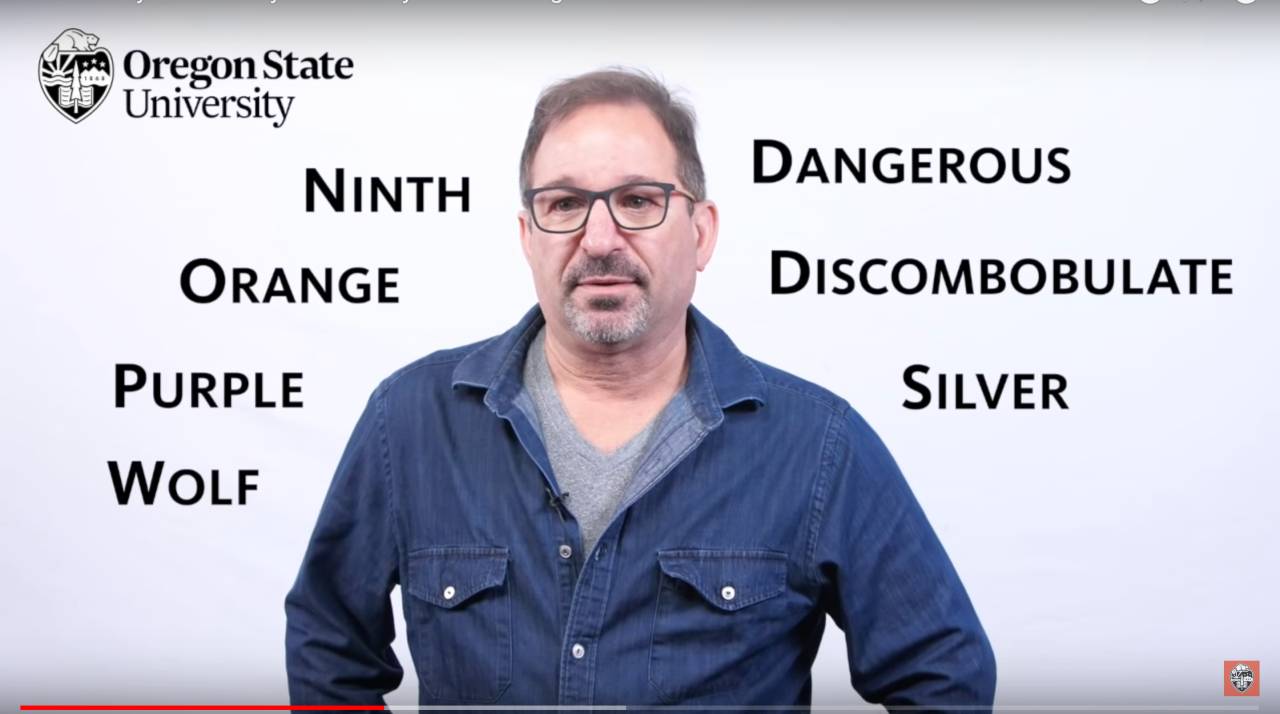 The thing about English is, it’s not a great language for rhyming, compared to other languages, like Italian, where so many words end in A or I or O. In English, we even have words that are almost impossible to make rhymes for: orange, silver, purple, ninth, wolf, dangerous, discombobulate.

And so, in English poetry, where we define rhyming as the repetition of syllables, typically at the end of a line, we organize those end rhymes into patterns or schemes, called rhyme schemes. You’ve heard of them. A rhyme scheme is made of the pattern of end rhymes in a stanza. That’s it. The rhyme scheme simply identifies the pattern. Nothing to it. It’s more like counting than listening. We identify or code those patterns with the letters from the alphabet, from the letter a onward. Take the first stanza of Emily Dickinson’s Poem #320. It goes:

There's a certain Slant of light,

We’d identify the end rhymes as Light/Heft and Afternoons/Tunes. We’d code it: ABAB. I know you’re asking, LIGHT rhymes with HEFT? In that stanza it does. Because HEFT is in the rhyming spot for LIGHT. 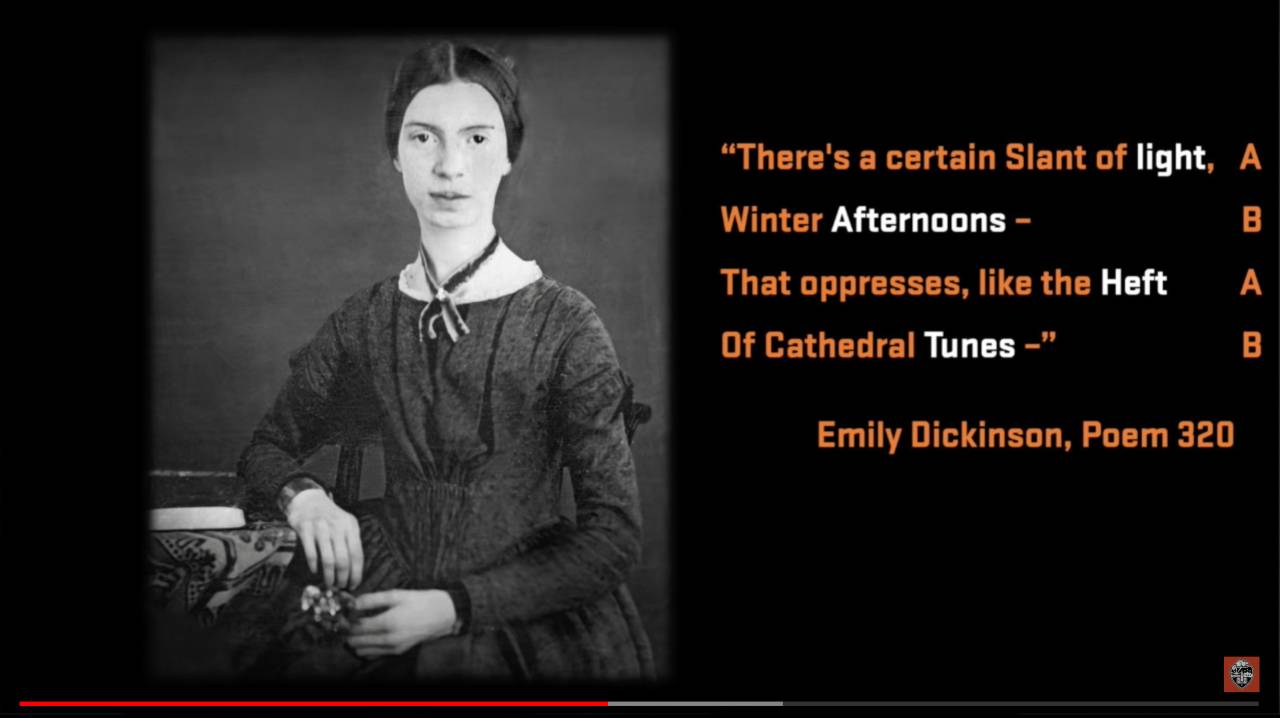 More important, the rhyme is a road sign to sense, to ambiguity, to new possible meanings. In this poem, in this stanza, LIGHT and HEFT share special properties with each other. The idea of HEFT is an echo of the idea of LIGHT. The light in line one in the poem, is airy, but by line 3 in the poem, the light has become weighted. It has heft. The heft of Cathedral Tunes. And the two meanings, like the two words, echo, light with heft. Check it out again. I’ll leave the interpretations to you.

Once a poet makes a rhyme pattern, and sticks with it, in a poem, then the cool thing is, they have the opportunity to mess around with the sounds, to bend the echoes. Like LIGHT rhyming with HEFT. The sound of HEFT echoing LIGHT.

There are so many different kinds of rhymes, non "cat-in-the-hat" rhymes, that is. There are eye rhymes that only rhyme when spelled out, like THROUGH and ROUGH. There are feminine rhymes that echo one or more unstressed syllables, like “dicing” and “spicing.” On the other hand masculine rhymes, as you might have guessed, end in a stressed syllable, like “hells” and “bells.” You’ve got monorhyme…echoing the same sound every single line in a poem. Lot of rap uses monorhyme. Light rhyme, half rhyme, rich rhyme, the list goes on and on. And don’t forget my favorite: internal rhyme—that’s rhyming not at the end of the line but in the middles, inside the line, or from line to line.

The wavering, wobbly, reverberating echoes of sounds make the rhymes go round.

Percy Shelley's poem "Ozymandias" offers students a great opportunity to practice distinguishing between slant rhymes and other kinds of rhyme. The opening stanza to W.B. Yeats' "The Second Coming" may also be useful to chart the development (or fragmentation) of rhyme. Given the latter poem's subject, why might this rhyme scheme be appropriate?