What is Understatement? || Oregon State Guide to Literary Terms

"What is Understatement? A Guide for English Students and Teachers

What is Understatement? Transcript (Spanish and English Subtitles Are Available. Click HERE for Spanish Transcript)

Understatement is the description of something as having much less of a particular quality than it does. That often involves representing something as less important, less valuable, or smaller than it is.

​Understatements are not always litotes. “Toni Morrison has a few fans” is an understatement; winner of the Nobel Prize for Literature, Morrison is one of the world’s most celebrated writers.

Above all, understatement is a way of emphasizing what it downplays.

Understatement can be used for comic effect. Frequently the humor comes from treating very lightly something that is quite serious. It is often used in satire. (See Professor Evan Gottlieb’s video on that topic).

Let’s look at an example. Oscar Wilde’s play The Importance of Being Earnest uses understatement to satirize the British aristocracy, especially their attitudes towards marriage. In the opening scene of the play, a character named Lane says of marriage:

“I believe it is a very pleasant state, sir. I have had very little experience of it myself up to the present. I have only been married once. That was in consequence of a misunderstanding between myself and a young person.” 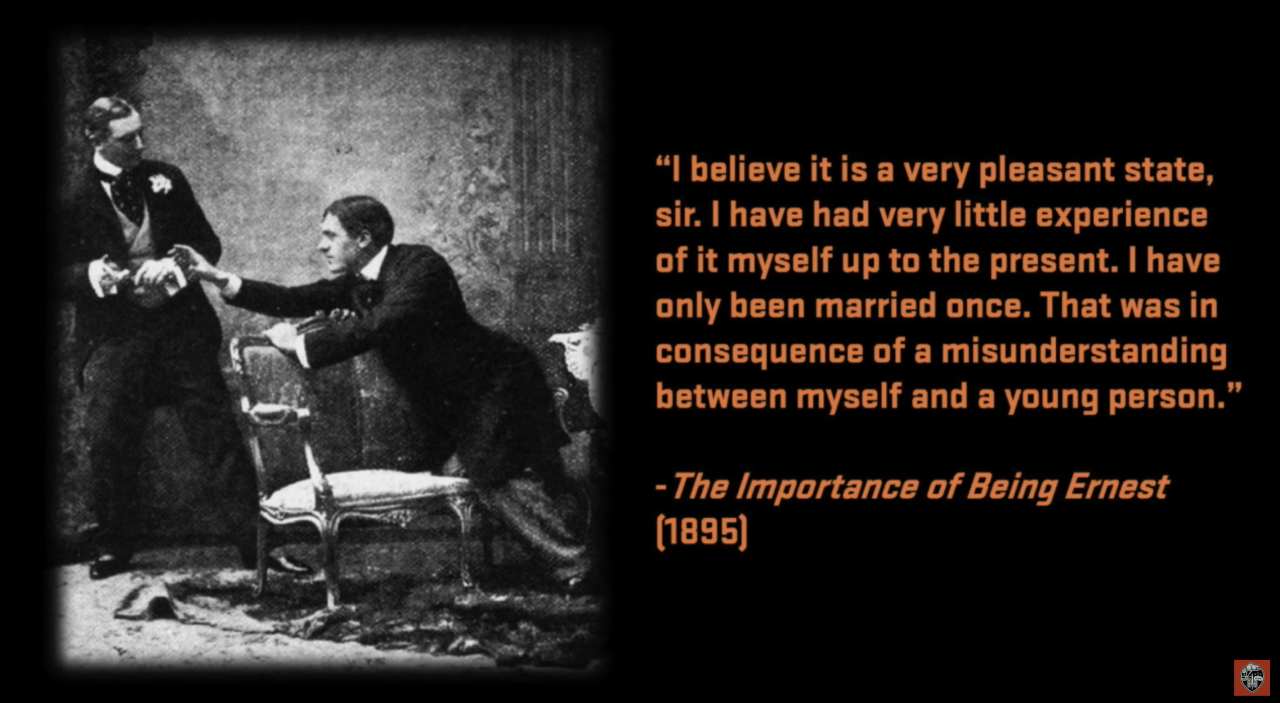 There are a number of understatements in these complex lines. Let’s focus on two of them. First, Lane implies that being married once means he has “had very little experience” of marriage. That’s an understatement because it’s commonly assumed that if you’re married once, then you have much more than a little experience of marriage. Secondly, Lane uses understatement when he explains why he got married. He says his marriage was the result of a “misunderstanding,” which seems like far too trivial an explanation for why he got married.

So what is being emphasized with these understatements and why? When Lane describes himself as being “married only once” and having “little experience of marriage” he implies and emphasizes the fact that lots of other people have much more experience because they get married more than once.

The two lessons referenced in this video are below.

Raymond Carver's characters are often given to both hyperbole and understatement in their interactions with other people.  One of his most popular stories, "Cathedral," offers students the chance to connect understatement and tone--most notably in the final line of that story.