What is an Allegory? | Definition & Examples

"What is an Allegory?": A Literary Guide for English Students and Teachers

What is an Allegory? Transcript (English and Spanish Subtitles Available in Video, Click HERE for Spanish Transcript)

The Oxford English Dictionary defines “allegory” as a “story, picture, or other piece of art that uses symbols to convey a hidden or ulterior meaning, typically a moral or political one.” In its most simple and concise definition, an allegory is when a piece of visual or narrative media uses one thing to “stand in for” a different, hidden idea. It’s a little bit like an algebraic equation, like y = 2x, but in the form of art.

Like in algebra, when we talk about meaning in allegory, we have two different variables we’re thinking about, but we don’t call them X and Y. Instead, we call them the tenor and the vehicle. A “tenor” is the “hidden” concept, object, idea, or ulterior meaning; and the “vehicle” is the word, image, or narrative in the story that “carries” it.

Here are a few good examples: 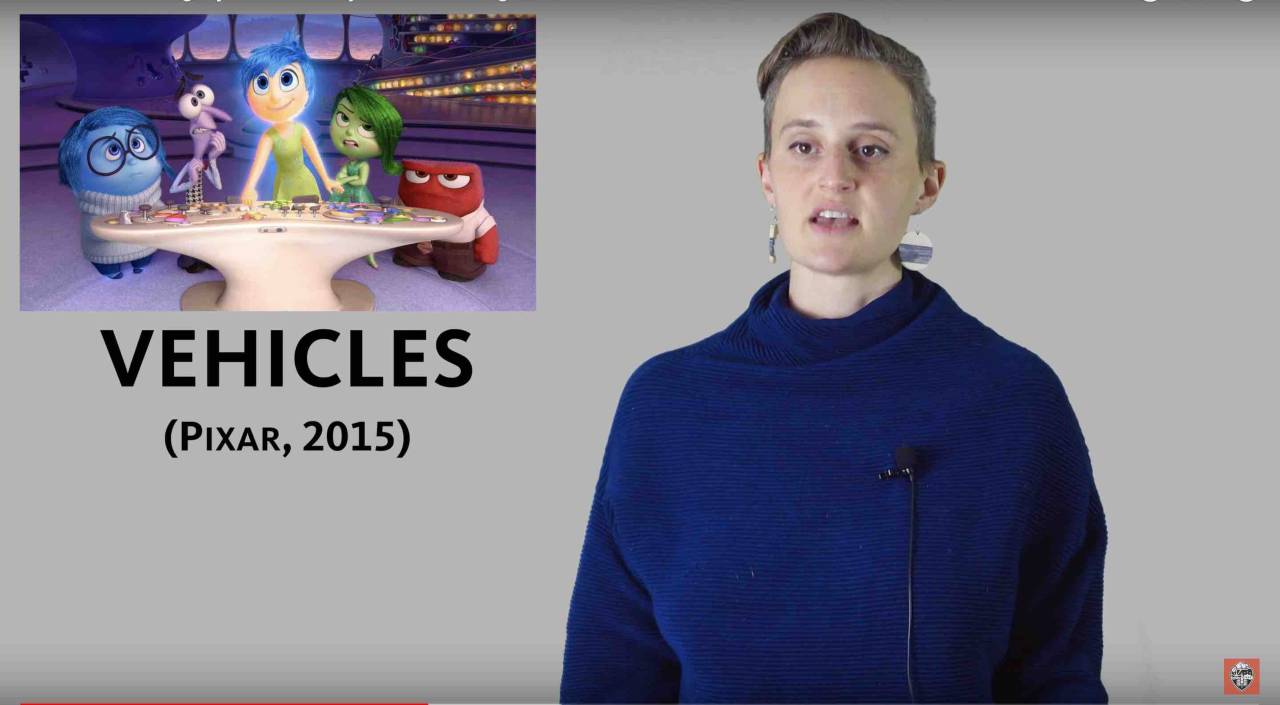 In Disney/Pixar’s Inside Out – the little girl Riley’s interior mental landscape is peopled with allegorical figures, cute little characters named Joy, Sadness, Anger, Fear, and Disgust. Here, the “tenor” or the concept are the emotions of Joy, Sadness, etc, and the “vehicles” are these adorable little squishy humanoids romping around in the “control room” –  aka, Riley’s brain. Inside Out is a great example of how charming and creative allegory can be.

Or, here’s another: Hieronymous Bosch’s Ship of Fools, painted around 1500. Here, the ship is the vehicle, which stands for the tenor of the nation-state; the owl (the vehicle) stands for wisdom or circumspection (the tenor). But is this the only meaning this painting can have? Not really! The ship of fools might also be our own minds, and all of the people doing stupid things inside it depict how each person is actually a mass of ungovernable and foolish desires. 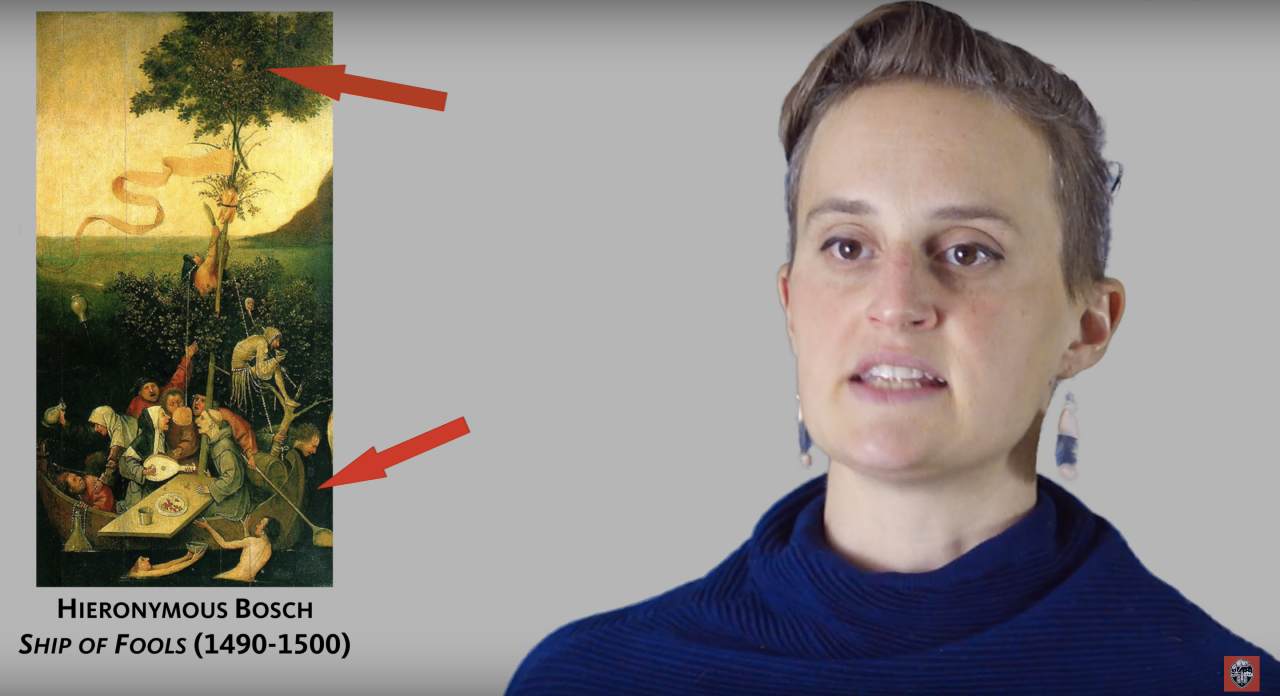 These are pretty straightforward allegories.

But there’s also a problem here! Let’s think about what, and how, words and art mean! In a piece of literature or work of art, the words or visual objects are never really the things themselves, but instead are representations of something else. 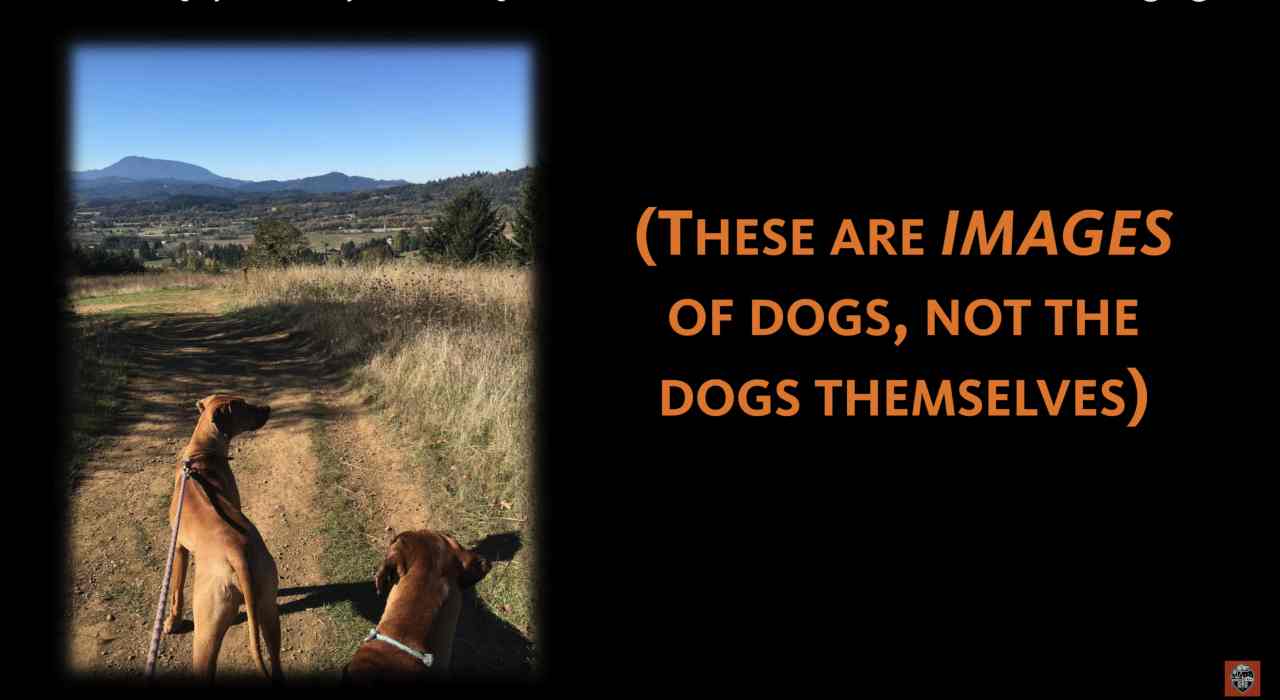 But the thing is, there could be! Maybe when I took this picture I meant for the dogs to represent the citizens of our country, and the mountains in the distance to represent the future. There’s a lot of ground to cover, and some of it is hilly, but the dogs look eager to run ahead, in spite of the challenges and the distance. This picture could be an allegory, even though I didn’t originally intend it that way.

So is an allegory really about what’s inherently in a text that we read, a movie we watch, or a painting we look at? Or is it more about how we choose to engage with a text, a movie, or a piece of art? Allegory is fascinating because, in order for it to work, you as a reader need to approach the text as if it were an allegory! Sure, some works of art are more convincing or complete allegories than others, but when we think about what allegory actually is, it isn’t just a “story, picture, or other piece of art that uses symbols to convey a hidden or ulterior meaning, typically a moral or political one.” Instead, allegory is the expectation and intention that we approach a piece of art as if it had a hidden or ulterior meaning.