What are Dialects? || Oregon State Guide to Grammar

"What Are Dialects?": Oregon State Guide to Grammar

What are Dialects? - Transcript

What is dialect? In order to answer this question, we need to talk a little bit about how language works, and, specifically, how it’s always changing to fit social circumstances.

Language, as sociolinguist Rosina Lippi-Green says, is “flexible and constantly flexing.” What does this mean? First, language is flexible: language always changes to fit circumstances. For instance, the language that you use to speak to your parents or your siblings is most likely different – at least in some ways – from the language you’d use to talk to your professors. But languages are also flexing: in other words, the way language changes isn’t random or haphazard, language “flexes,” that is, language is a tool used by systems of power not only to enforce that power (you might think of your parents telling you to “GO TO YOUR ROOM!”), but also, it’s through the type of language that we use that we express who we are, what groups we belong to, and who we want to be. Language is every bit as much a marker of your identity as the clothes you wear. 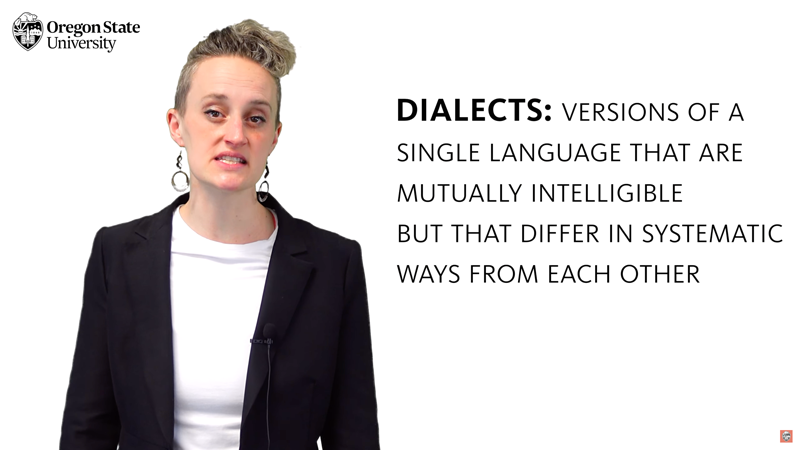 So, now comes the interesting stuff:  You’ll notice that I never use “dialect” in the singular in my definition. Frankly, it’s impossible to talk about the meaning of dialect without thinking of dialects in the plural. That is, the definition of just one dialect doesn’t really have any meaning without another dialect to compare it to, because dialects are about language difference, and there is no one dialect of any language, including English, that’s more legitimate, more natural, or more “basic” than any other. 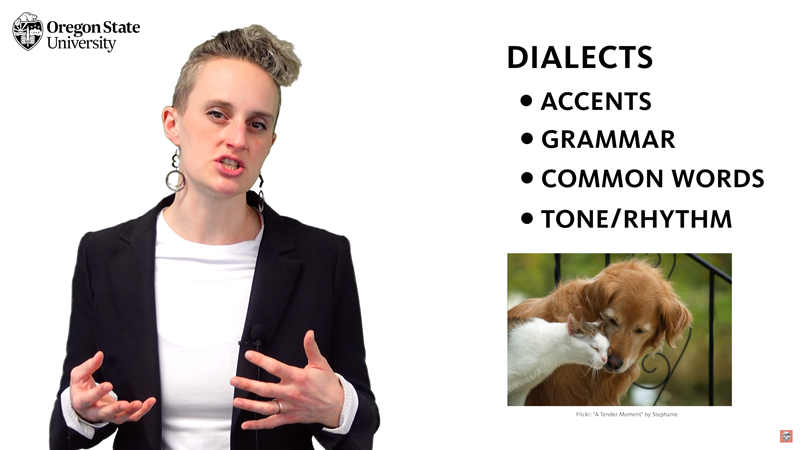 But this doesn’t mean that language variety, and dialect differences, happen in a vacuum or are disconnected from social pressures. Remember that discussion earlier about language flexing, and language as a type of power. Language varieties are often so closely associated with racial or ethnic identities that discrimination based on the way a person speaks is often just a stand-in for discrimination based on their race. And in fact, how and when we distinguish whether a language difference is simply a difference in accent, or one of dialect or language can often have as much to do with how we are deciding to “flex” our language as anything else: that is, how we’re choosing to identify ourselves as different ethnicities, races, or political groups. And who gets to say where these boundaries are relates to other systems of power. For instance, speakers of what has often been called the “prestige” dialect in any one language – that is, the dialect of the language that is associated with power, wealth, and education – often hear markers of difference in other speakers of another dialect, but are much less aware of their own ways of speaking, whereas people who speak non-prestige dialects – dialects without associations with power, wealth, and education – are often made painfully aware that they aren’t speaking their own language “correctly.” 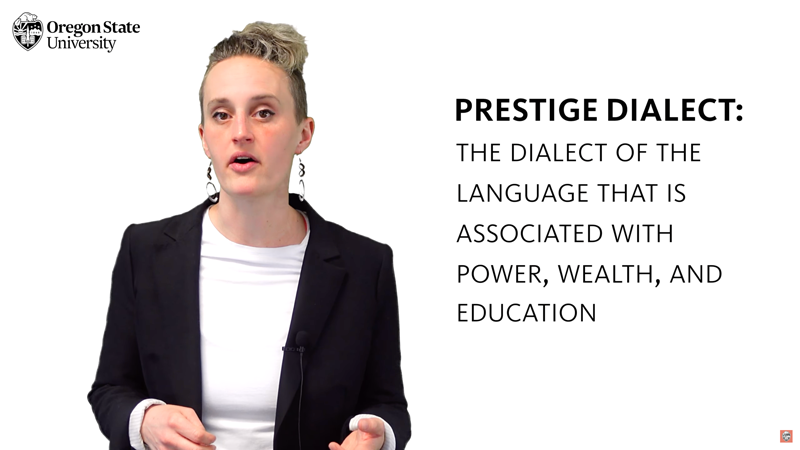 In other words, as with everything having to do with language, dialects aren’t just about words, but about how words are used in context.