What is a Noun? || Oregon State Guide to Grammar

"What Is a Noun?": Oregon State Guide to Grammar

What is a Noun? - Transcript

Most people have been taught that a noun is a person, place, thing, or idea, and most of the time that’s a pretty useful definition. But it’s not the only way to think about nouns. And it’s a good thing, too, because some words can be tricky to categorize like this. 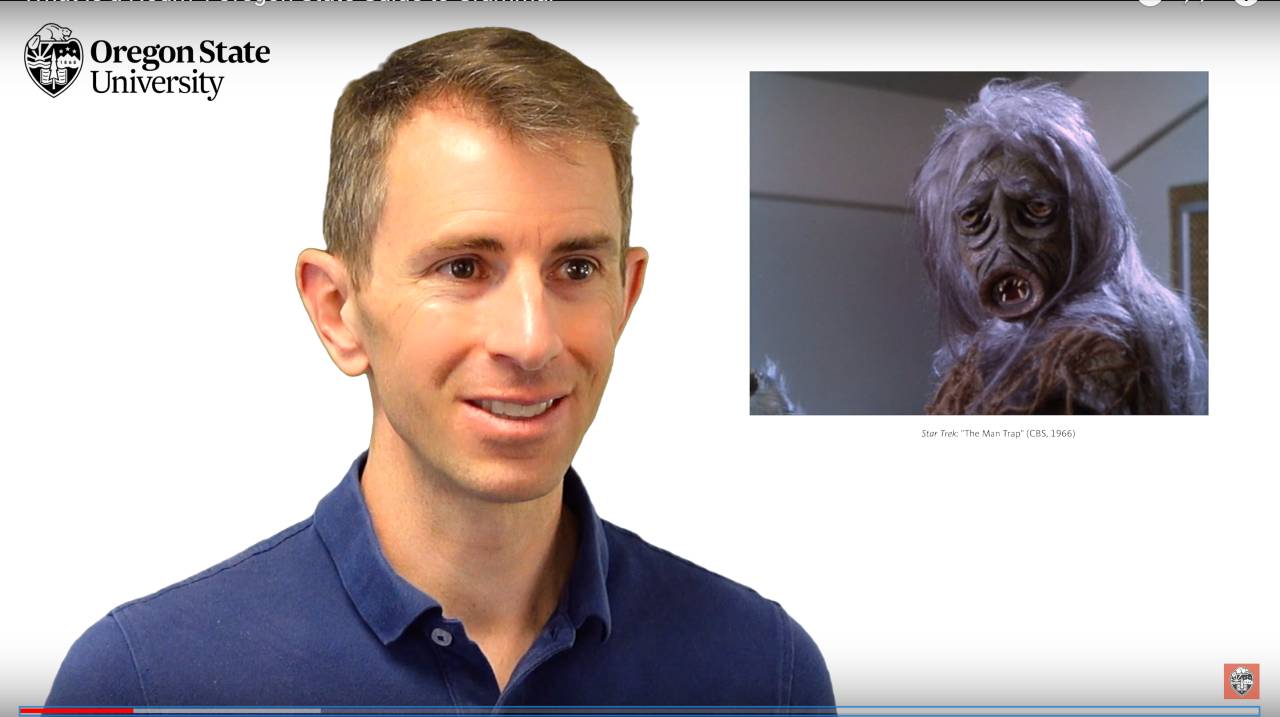 What about words like “reading” or “viewing” – as in, your teacher has scheduled a viewing of this video to accompany your reading? Those seem kind of like actions – verbs – but, actually, when they’re used this way, they count as nouns. 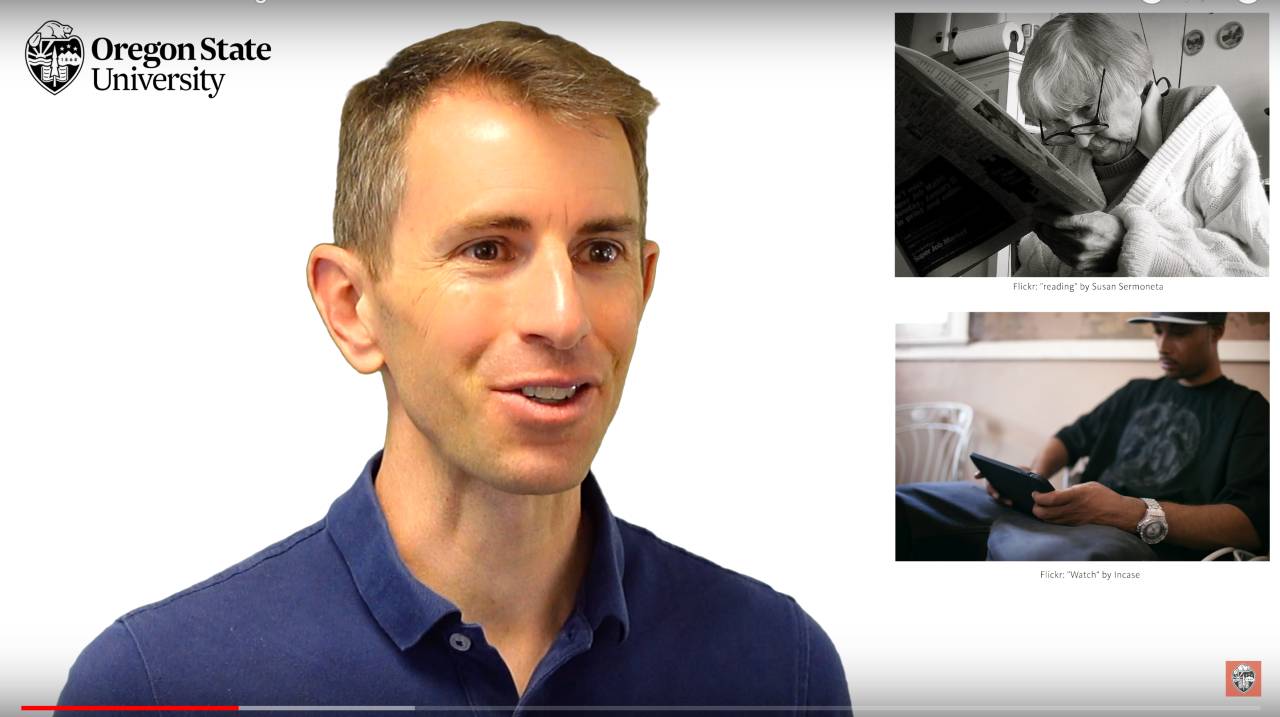 And what about a word like “imaginary,” which seems to indicate an idea? Sorry, not a noun. Neither are words like “above” and “below,” even though you might think of them as places? And then there are words like “inside” and “outside,” which are sometimes nouns, sometimes not.

That’s the problem with trying to categorize words based on their meaning. Meanings are squishy and pliable, so they don’t always fit neatly into categories. When you run into situations like this, it can be more helpful to identify a noun by its function, the place it holds in a sentence or the way its gets modified. What’s cool about this way of categorizing words is that you already know the answers if you’re a native speaker by the way you do and don’t use them in sentences.

Nouns are the only part of speech, for example, that can be made plural or possessive. When we make a noun plural, we change the word, usually by adding -s or -es, to make it mean more than one. Alien/aliens. When we make a noun possessive, usually by adding -’s, it shows that whatever comes next belongs to it. The alien’s third eye, the alien’s mind control. Well, if nouns are the only kind of word that can perform these two functions, then we can use those functions to identify which words are nouns. A noun, therefore, is any word that can be made plural or possessive, like “alien.” 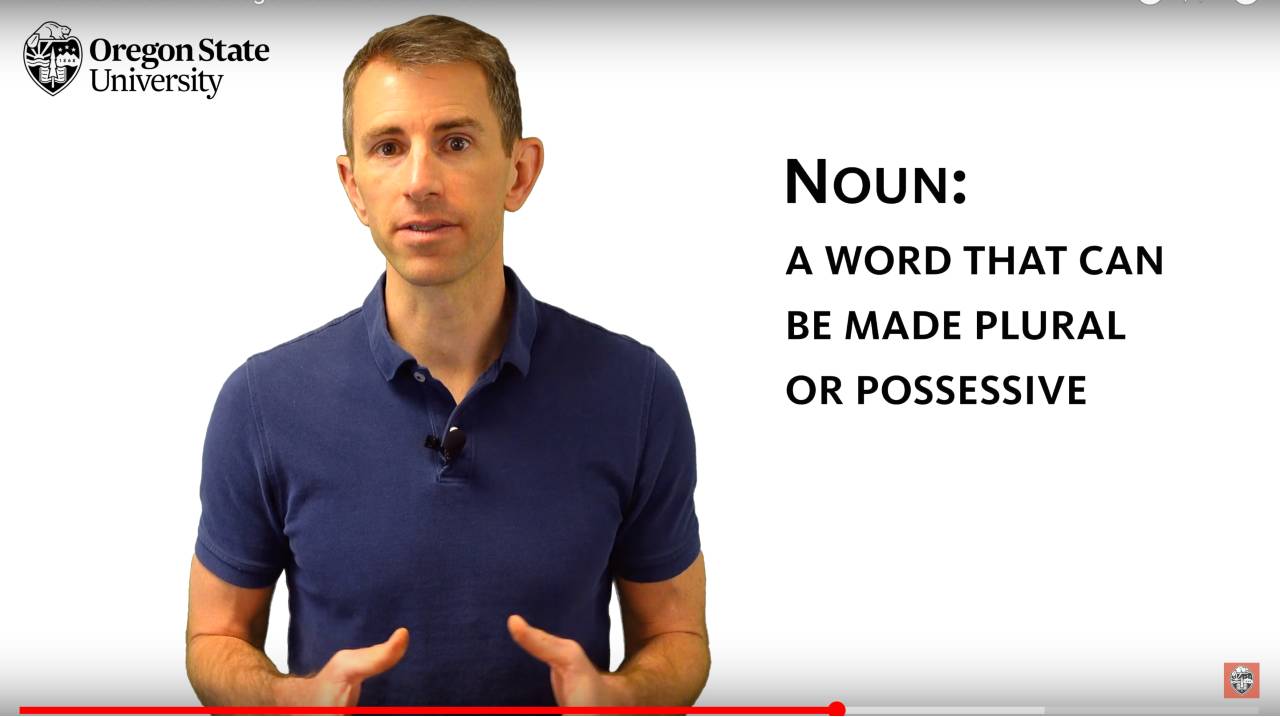 Can we have multiple absences? Of course! Most students do! Can “absence” be possessive, as in the absence’s effect on your grade? Sure! It’s a noun.

Can we have multiple readings and viewings? Yeah. Can they be possessive, as in the reading’s content and the viewing’s run time? Yep. They’re nouns.

But can we have multiple “aboves”? Well, that doesn’t sound right. What about possession, as in the above’s space. That one doesn’t seem to work. That’s because it’s not a noun.

Can we have multiple “imaginaries”? No, not really. Can it be possessive, as in the imaginary’s landscape? Nope. Not a noun.

This isn’t just a trick or a shortcut. It’s the way most linguists today define parts of speech, precisely because it’s so simple and definitive. That means it’s pretty useful for us too, especially because you already know these things. You just might not have known that you know them. Now that you do, go ahead and use them.