What is a Sonnet? || Definition & Examples

"What is a Sonnet?" A Guide for English Essays

What is a Sonnet? Transcript (Spanish Subtitles Available, Click HERE for Spanish Transcript)

The sonnet is one of the most famous forms in English poetry. A poetic form is a type of poem: each form has its own “rules” and is associated with particular themes. Sonnets are associated with desire: for centuries poets have used the frame of the sonnet to explore the complicated human experience of romantic love.

English poets borrowed the sonnet form from the Italian poet Francesco Petrarch. Traditionally, it has fourteen lines of iambic pentameter linked by an intricate rhyme scheme. Iambic pentameter refers to its rhythm; basically, each line of the poem has ten syllables, and every other syllable is stressed. For example, “Shall I compare thee to a summer’s day,” which is the first line of a sonnet by William Shakespeare. 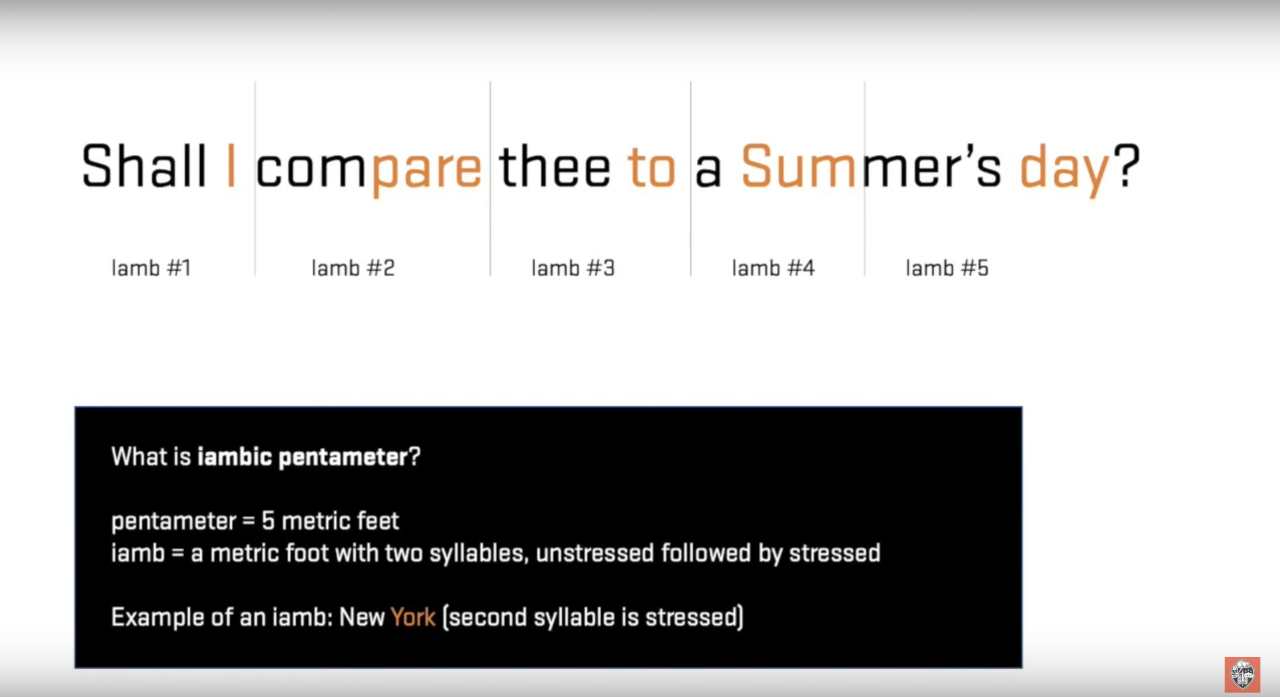 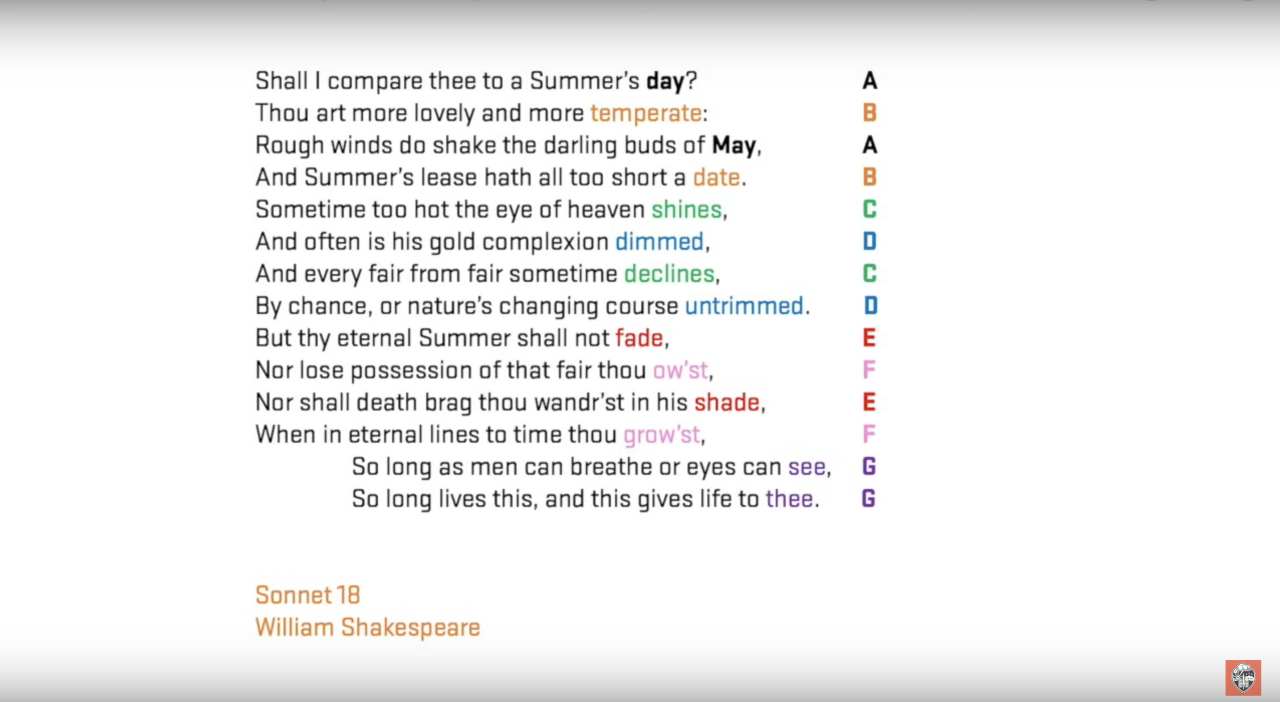 When you read a sonnet, it’s important to think about what the poet is saying but also how. Sonnets typically have a “turn”, a place where the argument AND the rhyme scheme change. In this poem, line 9 introduces a complication signaled by the word “But,” and it also brings in a new rhyme with the word “fade.”

It may not always be obvious that you’re reading a sonnet. Especially if the poem has fourteen lines, look a little closer, even if it isn’t about love: poets have continued to use this form to explore a range of subjects, including war, religion, and the value of poetry itself.

Claude McKay's sonnet "The Harlem Dancer" presents an interesting and complex tension between the sonnet form and content of the poem.

We have also produced the video on a central formal device of the sonnet, oxymoron, that explains the term and offers more examples of sonnets and their themes.