What is an Epistolary Novel? || Definition & Examples

"What is an Epistolary Novel?": A Literary Guide for English Students and Teachers

What is an Epistolary Novel? - Transcript (English and Spanish Subtitles Available in Video, Click HERE for Spanish Transcript)

The term "epistolary novel" refers to the works of fiction that are written in the form of letters or other documents. "Epistolary" is simply the adjectival form of the noun epistle, from the Latinized Greek for letter.

The letter as a written genre, of course, predates the novel itself. And so as novels emerged in Europe in the 16th and 17th centuries, it was not uncommon for authors to include letters as part of their overall narrative. These gave readers a chance to hear from characters in their own voices, adding realism and psychological insight, and they usually advance the plot as well.

The first novel in English to be composed entirely of letters is usually considered to be Love Letters Between a Nobleman and His Sister, published in 1684 and attributed to the versatile playwright and author Aphra Behn. Although Behn's characters are fictional, they were modeled on real-life likenesses. Putting their narrative into the form of letters increased the realism of Behn's account, making readers feel as though they were privy to a secret and private correspondence.

But the epistolary novel really came into its own with the immensely popular novels of Samuel Richardson in the mid-18th century: Pamela in 1740 and the even more massive Clarissa of 1748.

The full title of Pamela makes clear both Richardson's intentions and the formal apparatus of the novel: Pamela, or Virtue Rewarded, in a Series of Familiar Letters from a Beautiful Young Damsel to Her Parents. 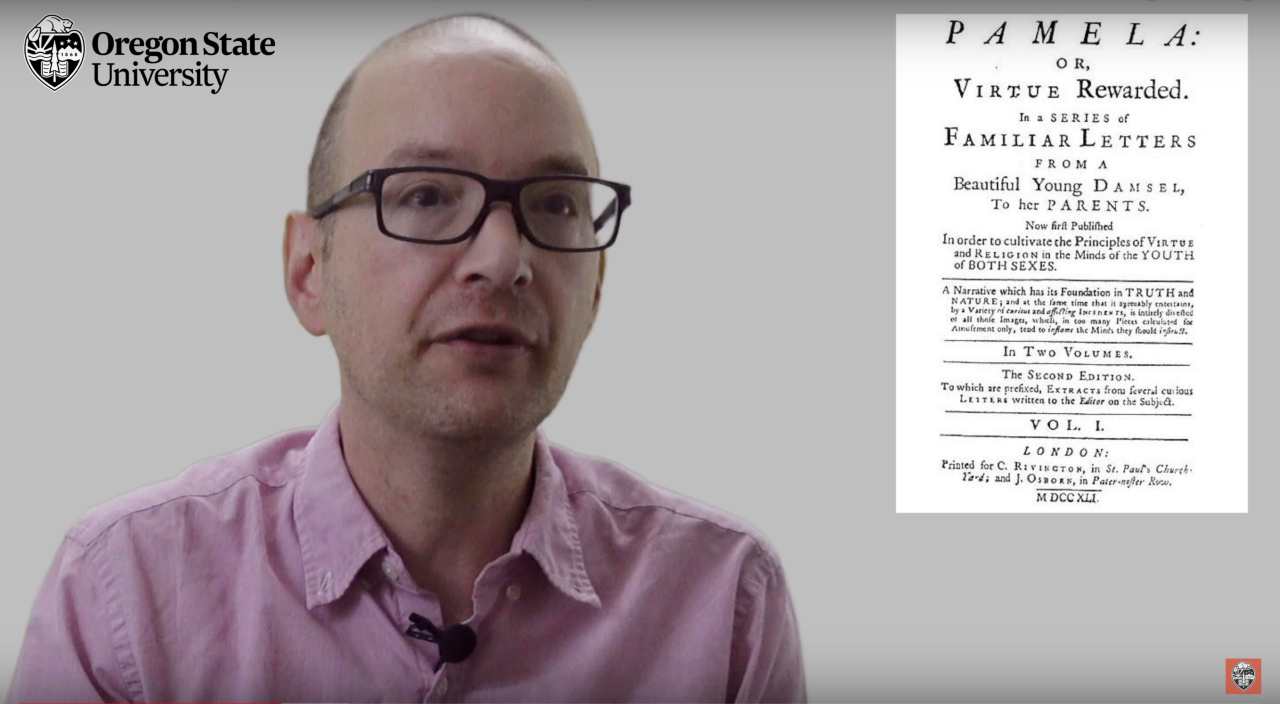 The beautiful young damsel was already a cliche in Richardson's time. But it's the adjective "familiar" that is important here, because it signaled to readers that what followed would be a series of letters concerning a household and its intimate domestic details. So Pamela's letters are familiar not because anyone had read them before (Richardson made them up, after all) but because they were composed in a free informal style suitable for that of a daughter writing her parents. 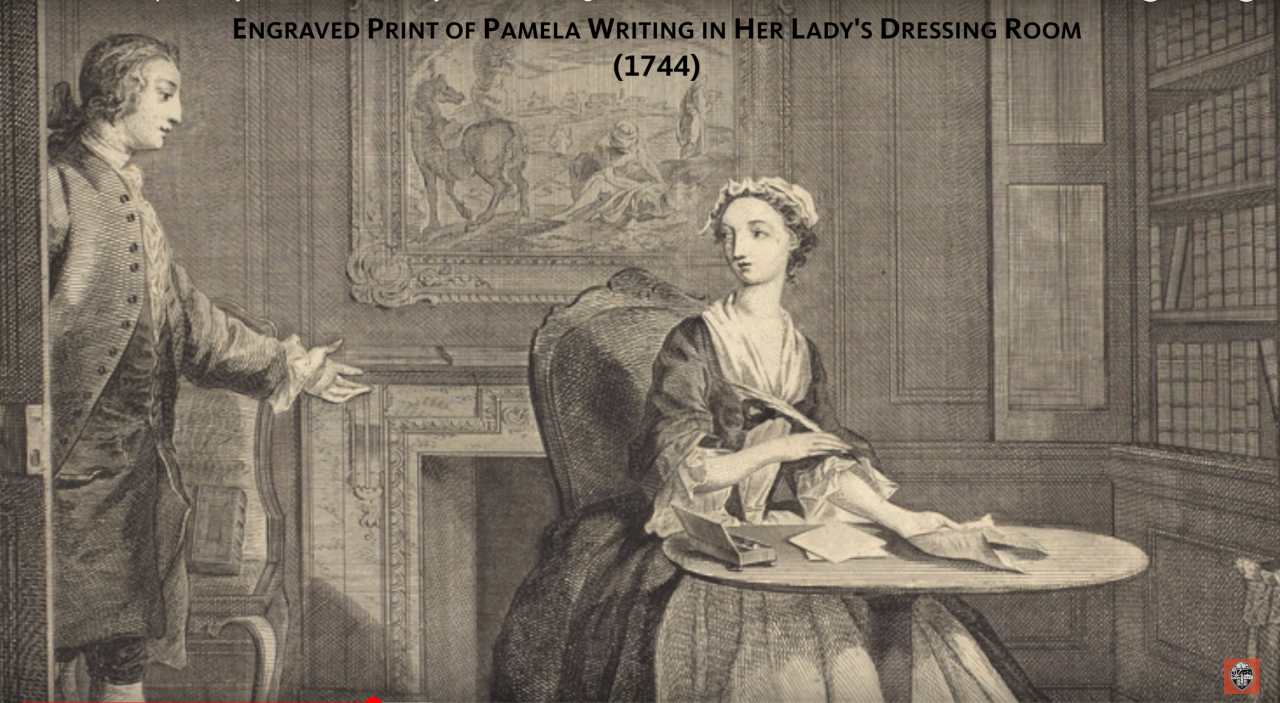 Where that novel contains almost exclusively only letters from Pamela, the novel Clarissa includes not just her correspondence but also those of the rakish gentleman Lovelace, who pursues her, giving readers two main perspectives on the action of the narrative.

In these novels, Richardson perfected a style he called "writing to the moment," in which his characters record their thoughts and actions in what seems to be real time, thus adding further realism immediacy and even suspense to the genre.

Richardson's novels were so popular that they created a huge vogue for the epistolary novel. As evidence of its popularity, consider that both the first novel written in Canada--Francis Brooke's The History of Emily Montague, from 1769, and the first American novel, The Power of Sympathy, by William Hill Brown, from 1789, were both epistolary in form.

Now most 18th century epistolary novels feature only one or two letter writers like Richardson's. But a notable exception is a novel published in 1776, Tobias Smollett's The Expedition of Humphrey Clinker. In this epistolary novel, we read letters written by a wide range of characters who are traveling around Britain together.

The main letter writer is the patriarch of the family, a Welsh gentleman named Matthew Bramble, but we also read letters from his sister, his niece, his nephew, and his sister's maidservant. Their viewpoints on the same locations and activities are often radically different. Bamble is disgusted by the waters at the spa town of Bath, for example, whereas his niece Lydia finds them charming. And it is up to the reader to decide where the truth lies by carefully comparing and juxtaposing their perspectives. 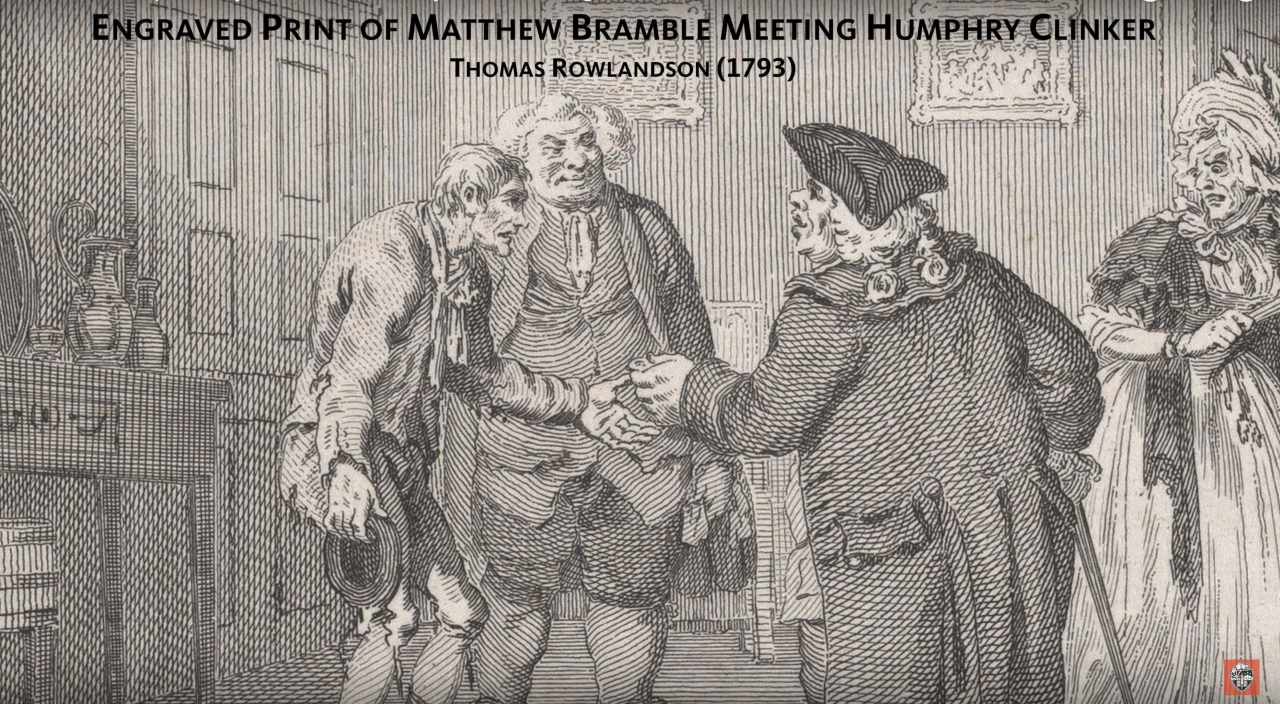 Ultimately this fractious family is healed only when they leave England altogether for the more hospitable and authentic Scottish sites that make up the latter part of their expedition. At this point, their epistolary perspectives become more harmonized and they head back to their Welsh estate much happier than they were when they began their trip.

From private correspondence written between family members, then, Smollett makes the epistolary novel into a kind of technology for bringing the whole nation together.

The epistolary novel fell out of fashion by the start of the 19th century, but there's another famous example of one that really pushes the limits of how the form can operate: I refer to Bram Stoker's Dracula of 1897.

The novel is composed of a large assortment of different documents and recordings, including not just letters from characters, but also newspaper clippings, diary entries, dictation cylinders, and telegraphs, the last two representing up-to-the-minute technologies in Stoker's day. The result is not just polyvocal and multimedia but also effectively suspenseful, since the reader, being privy to all of the novel's materials, frequently knows more than any single character and can see what is happening or is going to happen more clearly than they. Stoker, in other words, uses the epistolary form to maximize Gothic terror and suspense.

Today, relatively few novels are written entirely in letters, although there are notable exceptions. C.S. Lewis's The Screwtape Letters from 1942, for example, and Bridget Jones's Diary by Helen Fielding, from 1996, which borrows many epistolary tropes in order to make her heroine's misadventures come to life.

More recently still, emails and texts have begun to make their way into novels. The academic satire Dear Committee Members by Julie Schumacher, for example, uses letters of recommendation, emails, and other forms of modern communication to paint a very funny picture of a very dysfunctional English Department (one that bears no resemblance whatsoever to our fine institution here at Oregon State University, I should note!)

And Jennifer Egan's Pulitzer-Prize-winning A Visit from the Goon Squad includes a chapter entirely written in PowerPoint slides.

Finally, it's worth noting that versions of the epistolary form have found their way into film as well. I'm thinking here of when a movie is presented in terms of "found footage" so that it is made up of what appears to be footage shot by the characters themselves--The Blair Witch Project is probably the best known recent example of this--or by cameras that exists within the frame of the movie itself, say, home videos in the Paranormal Activity franchise.

And many movies will make use of these tactics temporarily even when the entire movie is not shot that way. A quick shot made to look like it was recorded by a security camera, for example, is often used to add realism immediacy and suspense to our viewing experience.

And just think of all the times the characters are shown texting or writing emails in real time, all of which owes a debt--whether conscious or not--to Richardson's technique of "writing to the moment."