What is Juxtaposition? || Definition and Examples

"What is Juxtaposition?" A Guide for English Students and Teachers

What is Juxtaposition - Transcript (English and Spanish Subtitles Available in Video)

In literature, one way that writers and readers find pleasure, is when things are juxtaposed.

Juxtaposition doesn't mean exactly that this thing and that thing are opposites however. The etymology of juxtaposition, from Middle English, from Latin and French, essentially means to position object X near object Y. Juxta: that’s Latin for “next to.” And pose…as in, to place. To pace next to. To juxtapose. The thing is, the connection has to do with proximity and immediacy.

Again, not opposed, but juxtaposed. Not opposite, but near to, next to.

In other words, to notice when things are in juxtaposition is to notice things side by side, with the outcome being that specific qualities are contrasted.

Look at this painting by Mark Rothko: 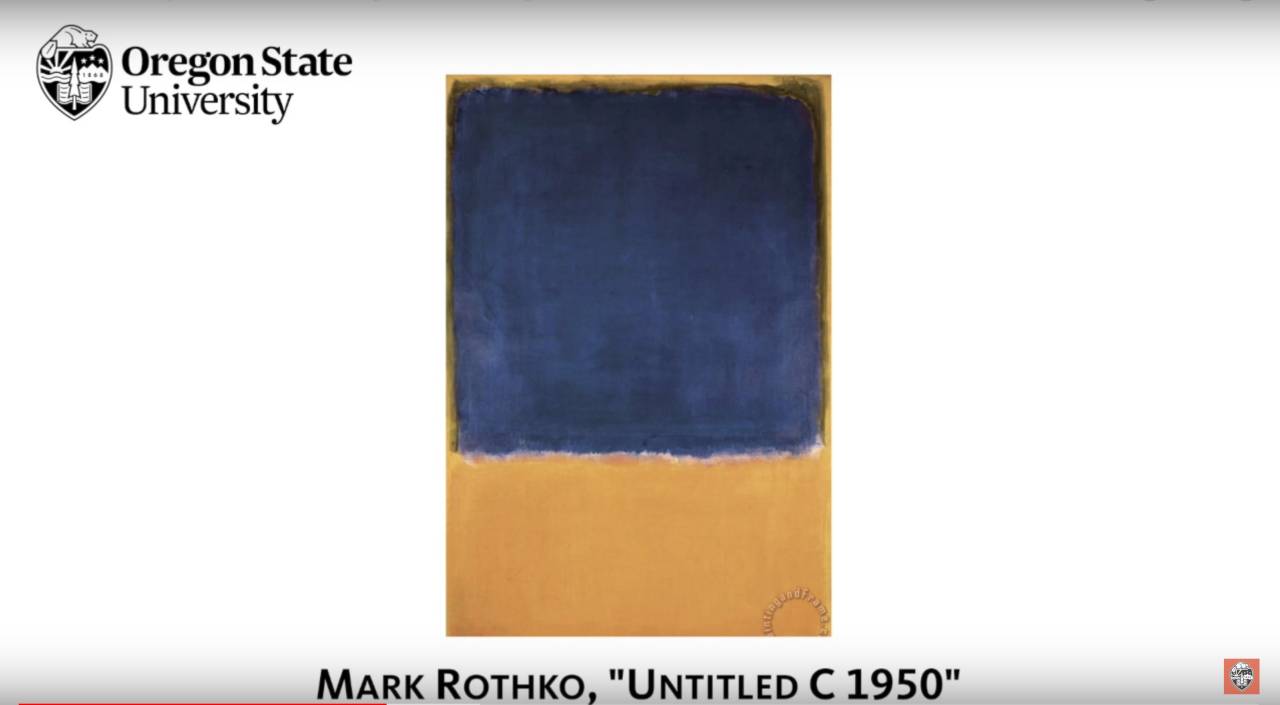 Check out the juxtaposition between the blue and the orange. But also, the light blue and the dark blue. The orange at that tint of red under the blue. Or the hint of yellow under the orange. Or look at this next one, by Renee Magritte. 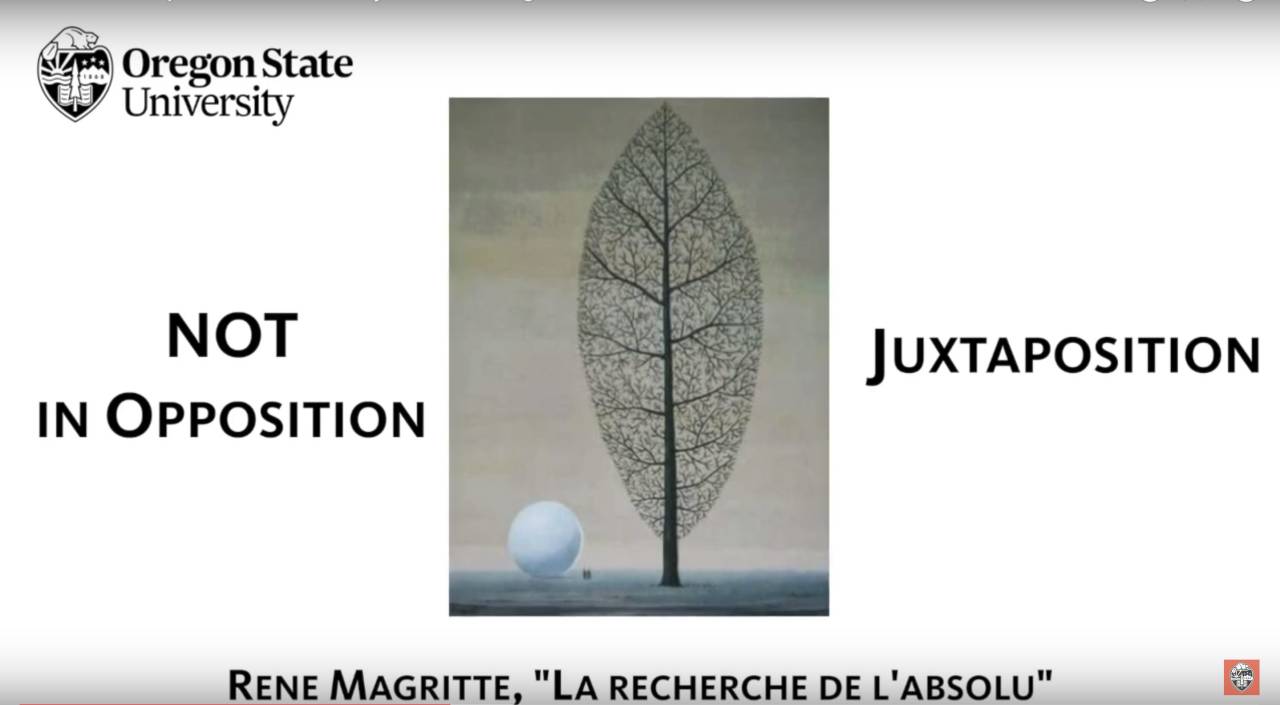 The giant leaf and the small sphere…what looks to be a planet...aren’t in opposition. They’re in juxtaposition. And, are those little the people at the bottom? The scale of everything is off, and those pieces are in juxtaposition too.

The effect of juxtaposition is that we notice comparisons...in scale, or in value, in concepts, or situations, or in literary form.

Which is to say, juxtaposition, because it dramatizes one experience (the leaf tree in the Magritte painting) by placing it side by side with another experience (like the white sphere), is a special kind of metaphor.

In literature, juxtaposition can be as simple as a turn of phrase. Like: All’s fair in love and war. Or: You're making a mountain out of a molehill.

I’m sure you remember hearing some of that famous opening of Charles Dickens’ novel, A Tale of Two Cities?

Those examples are pretty obvious. Let’s go to the next level. What about something more complex? In Natasha Trethewey’s poem, “Myth,” a poem about the loss of a mother, she writes a 12 line poem in three stanzas. And then: she juxtaposes all that by flipping it around. Line 12 becomes line 1, line 11 becomes line 2, and so on. Check this out:

I was asleep while you were dying.

It’s as if you slipped through some rift, a hollow

I make between my slumber and my waking,

the Erebus I keep you in, still trying

not to let go. You’ll be dead again tomorrow,

but in dreams you live. So I try taking

you back into morning. Sleep-heavy, turning,

my eyes open, I find you do not follow.

Again and again, this constant forsaking.

Again and again, this constant forsaking:

my eyes open, I find you do not follow.

You back into morning, sleep-heavy, turning.

But in dreams you live. So I try taking,

not to let go. You’ll be dead again tomorrow.

The Erebus I keep you in—still, trying—

I make between my slumber and my waking.

It’s as if you slipped through some rift, a hollow.

I was asleep while you were dying.

“Again and again, this constant forsaking….[then repeated] Again and again, this constant forsaking.” That’s so painful, the repetition. The energy of abandonment, renunciation, relinquishment. But the cool things, in the first instance, it’s the mother forsaking the daughter. And in the second instance, it’s the daughter feeling that she’s forsaking the mother. The two difficult emotions are placed in juxtaposition—even using the same words.

That’s juxtaposition. You just look at one thing that’s been placed, or posed, or juxtaposed, side by side, next to another thing. And experience how they become allies of meanings.

Many Imagist poems including Ezra Pound's two-line poem "In a Station of the Metro" offer opportunities for students to practice identifying and analyzing juxtaposition:

The apparition of these faces in the crowd:

Petals on a wet, black bough.

Writing prompt #1: What is the effect of juxtaposing the images in line 1 and line 2?  How does this juxtaposition also occur in the poetic meter of the two lines? What themes or ideas are juxtaposed?

Writing prompt #2: How might the same questions be applied to Ezra Pound's "L'Art" poem: