What is a Subject? || Oregon State Guide to Grammar

"What Is a Subject in Grammar?": Oregon State Guide to Grammar

What is a Subject? - Transcript

When we talk about grammar, we’re really talking about the structure beneath our language, and understanding that structure is the key to getting little mechanical details like commas right. The first step is identifying the two pillars upon which the whole structure rests.

The subject and the predicate are less things than they are roles, and we define them by their relationship to each other, kind of like we define a “brother” or “sister” by relationship. It makes them incredibly versatile – especially the subject. That’s great for our speaking and writing and thinking, but it can make the subject hard to pin down with any single definition. We’re going to try it, but first, let me offer a simpler definition: the subject is usually (1) the noun that serves as the topic of the sentence, (2) at the beginning of the sentence, and (3) the doer of the action in the sentence. 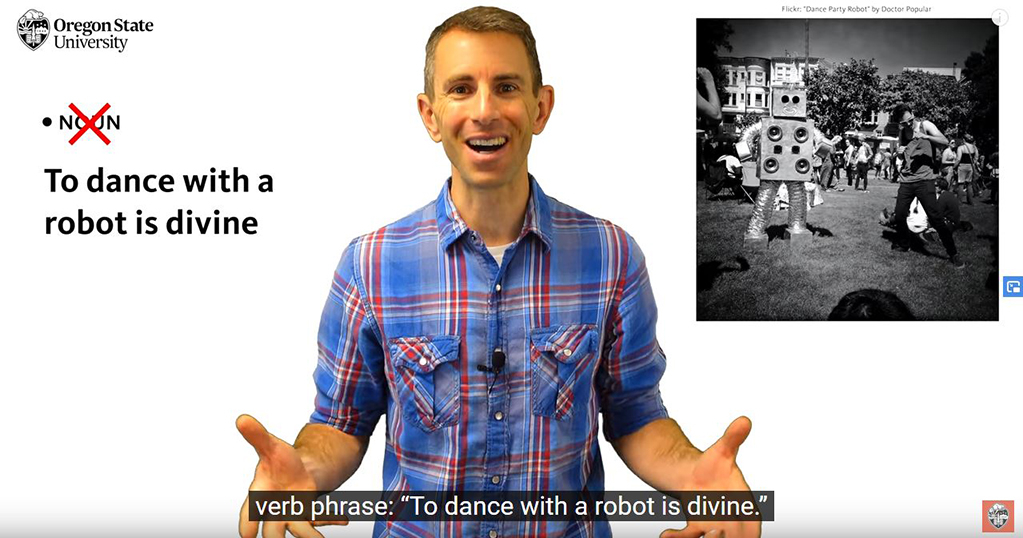 As you can see, it can get pretty complicated, and that’s why these simple definitions ultimately come up short. It’s also why the best way to recognize a subject is to consider its relationship with the predicate. Trying to do otherwise is like trying to define “brother” or “sister” without mentioning a sibling. Because the link between them is the foundation of our sentences, a more functional definition for a subject might be: the element that controls the predicating verb. Whether the subject is a noun or not, that verb should always remain in lockstep with it, like a dancer following its partner’s lead.

When we say, “The robot dances,” for example, we choose the form of that predicating verb, “dances,” based on the subject. The robot dances, but the robots dance. The subject controls the form of that verb. And that’s true of all the examples we’ve looked at. The robot is upstaged by humans, but the robots are upstaging the humans. To dance is divine, but two dancing robots are divine. 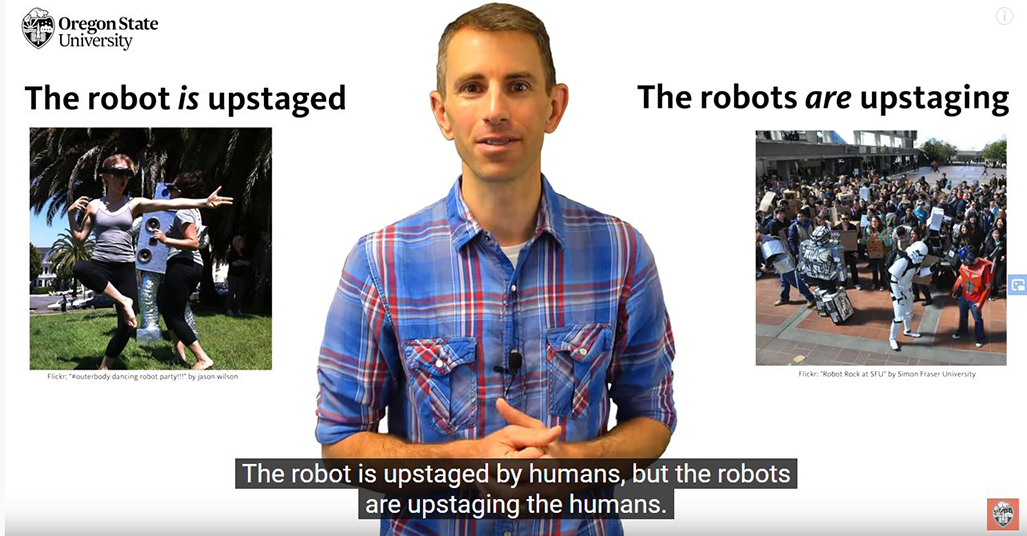 Now, in English, unlike some other languages, we have a lot of conjugations that remain the same across different perspectives: I danced, you danced, she danced, they danced. Even so, the subject – I, you, she, they – has control of the verb in a way that you can probably sense with your natural intuition as an everyday language user. That control will remain no matter what form the subject takes, where it occurs, or how many there are in a sentence.