What is a Dramatic Monologue? || Oregon State Guide to Literary Terms

"What is a Dramatic Monologue?": A Literary Guide for English Students and Teachers

What is a Dramatic Monologue? Transcript (English Subtitles Available in Video)

The Dramatic Monologue is a kind of Lyric Poem, the second-oldest form of poetry in the Western world after the Epic. But unlike long narrative Epics with their heroes and gods, Lyric Poetry developed as a short, meditative poem in Greek culture spoken over cords struck on a harp-like instrument called a Lyre to mostly aristocratic audiences. The instrument gave the poetic form its name, and in turn is where we derive the term Lyrics to refer to the words of a song. 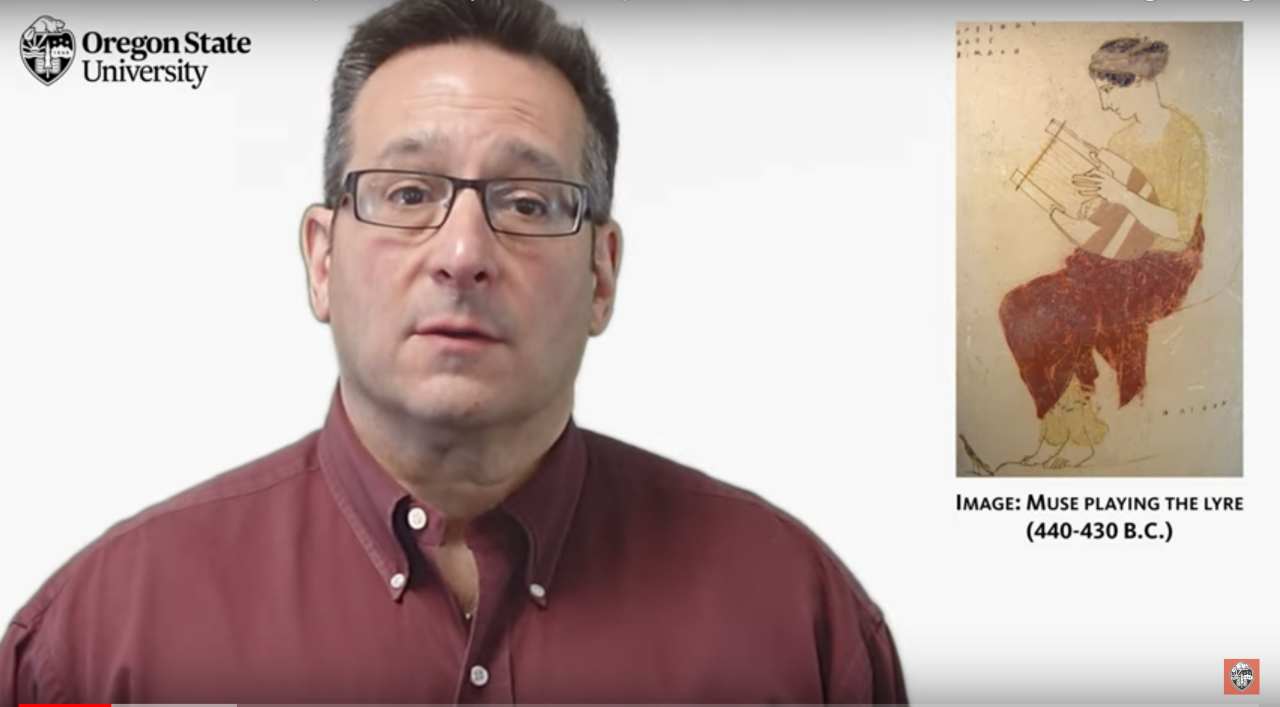 From its origins in Hellenic culture all the way through the end of the 18th century, however, the voice of lyric poetry was always assumed to be that of the poet him or herself, offering in elaborate musical rhythms and provocative metaphors his/her own experiences or thoughts directly to an audience of readers or listeners.

Poets of the Romantic movement in Europe of the 1780’s and beyond began to write a different kind of Lyric poem called the Dramatic Monologue. In this type of poem, the poet adopts a persona (a voice and character other than his or her own) very much like a playwright puts his or her thoughts into the mouths of characters in a drama. But in the Dramatic Monologue poem, the voice/persona reveals through observation that he/she is most often speaking to an audience other than the reader—addressing another figure in the poem or even one the speaker imagines needs to hear some pressing matter while not actually present at the moment.

In the Romantic Dramatic Monologue, the persona usually has a tale to tell that suggests the struggles and victories of everyday people, often in rural settings, and how they might find solace in human ideals like the peace of nature, spiritual fulfillment, or loving relations between family, friends, or lovers. The themes of these poems attempt to teach the reader a lesson about ethics or beauty and are stated directly to this implied audience with an urgent sincerity. In Samuel Taylor Coleridge’s 1798 poem, Rime of the Ancient Mariner, for example, an old sailor stops a wedding guest on his way to the ceremony and explains to him what he has learned about devotion, love, and respect for all living thing—concluding his monologue with the Romantic sentiment that “He prayeth best who loveth best/All things great and small/For the dear God who loveth us/He made and loveth all.” 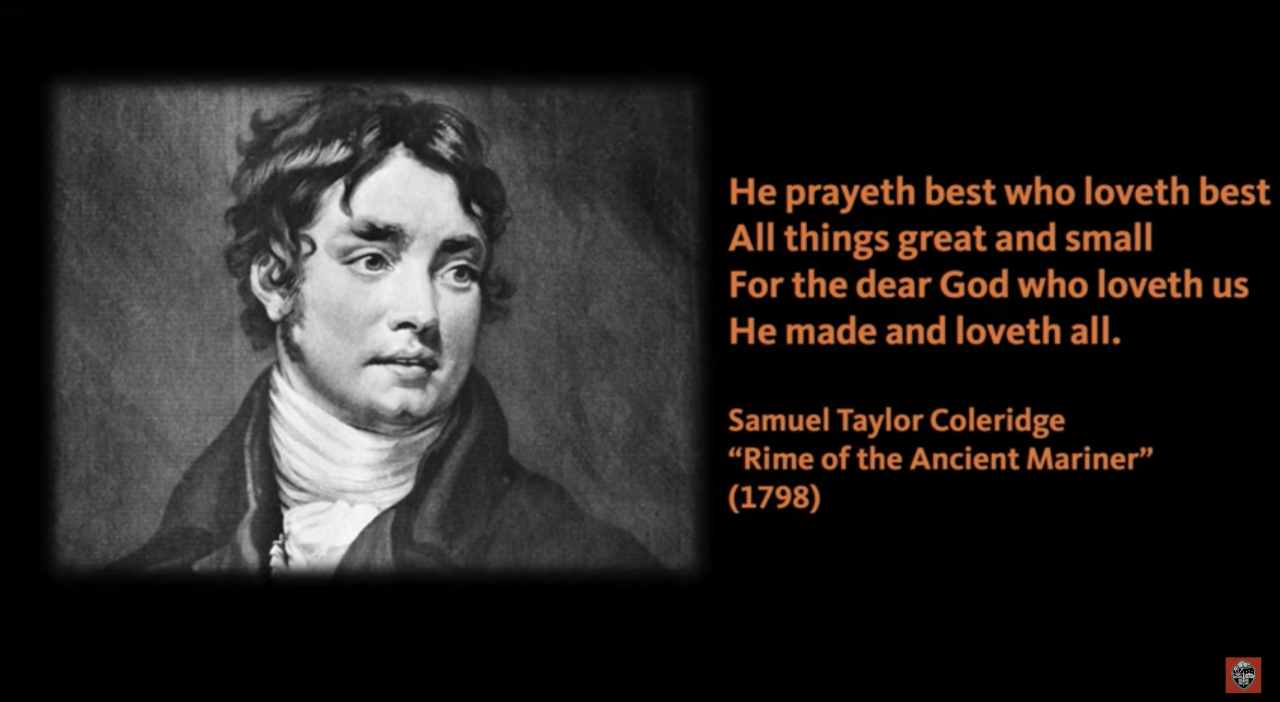 In 19th century England, the Dramatic Monologue form became a staple kind of poem for the generation of English people referred to as Victorians after their Queen, who ruled for 70 years. Since the novel was the most popular form of literature during that era, the Dramatic Monologue appears to have appealed to Victorian audience’s fascination with fictional characters.

During this period as well, one poet in particular, Robert Browning, single-handedly changed the Dramatic monologue by introducing personae whom were so troubled, delusional, or egotistical that, as they explain themselves to their audience, they indirectly reveal their misperceptions and failings—which they never appear to grasp themselves. Thus even before the advent of the Unreliable Narrator in Modern fiction, these Dramatic-monologue personae functioned in poems in the same manner I explained in a previous video in this series about that other narrational mode.  In one of Browning’s most famous Dramatic Monologues, entitled “My Last Duchess,” a Renaissance Duke is conducting a tour of his magnificent home with a Count’s agent, who has come to discuss the terms of the Duke’s next marriage. The Duke feels compelled to explain to him how he came to lose his first wife, the Duchess of the poem’s title. When the pair encounter a painting with a curtain drawn over it, the Duke draws the drapes to reveal a portrait of his former wife. He explains to the agent that his last Duchess never learned that she was to have showed him respect and adoration above all things in her world—as the aristocratic culture of his era dictated. But the Duke explains further that the Duchess had 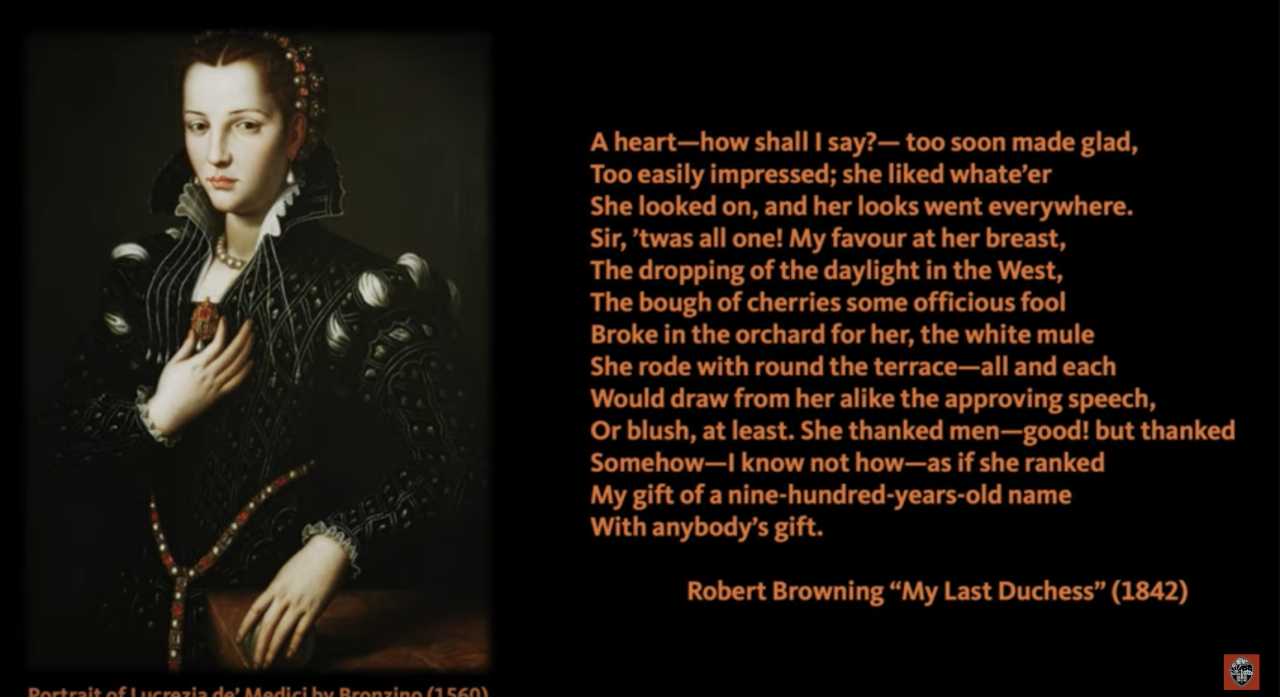 A heart—how shall I say?— too soon made glad,

Too easily impressed; she liked whate’er

She looked on, and her looks went everywhere.

Sir, ’twas all one! My favour at her breast,

The dropping of the daylight in the West,

The bough of cherries some officious fool

Broke in the orchard for her, the white mule

She rode with round the terrace—all and each

Would draw from her alike the approving speech,

Or blush, at least. She thanked men—good! but thanked

My gift of a nine-hundred-years-old name

In this passage, the Duke indeed reveals himself to be a total control-freak; in the next breath, he implies he had the Duchess killed for what he perceived was her insolence! Although the agent never speaks nor judges the Duke, we as readers eavesdrop on their conversation and are allowed to see in the Duke’s control of his wife (even over who he allows to view her portrait), that his obsession with being worshipped goes well beyond the matrimonial assumptions of his era. In this way, readers of the poem are being encouraged to understand the Duke’s explanations ironically, and through this, to grasp Browning’s Feminist denouncement of the Duke’s control and abuse of his wife.

Browning’s update on the Dramatic Monologue went on to influence how the form was used by most 20th Century poets, from T.S. Eliot’s influential 1917 poem “The Love Song of J. Alfred Prufrock” to Sylvia Plath’s 1965 “Lady Lazarus” to Ai’s 1979 “Killing Floor” to Rita Dove’s 1980 “The House Slave.” Each of these very different poets recognized that the Dramatic Monologue allows the writer to imply ironic distance from a persona’s observations in the poem. As careful readers, we too recognize that we are being pushed to listen to the persona ironically, and just as with the Unreliable Narrator, share an understanding of the persona’s psychology along with the author, to which the persona remains blind, wrapped as he or she is in misperceptions and delusions about him or herself, other people, and the world.