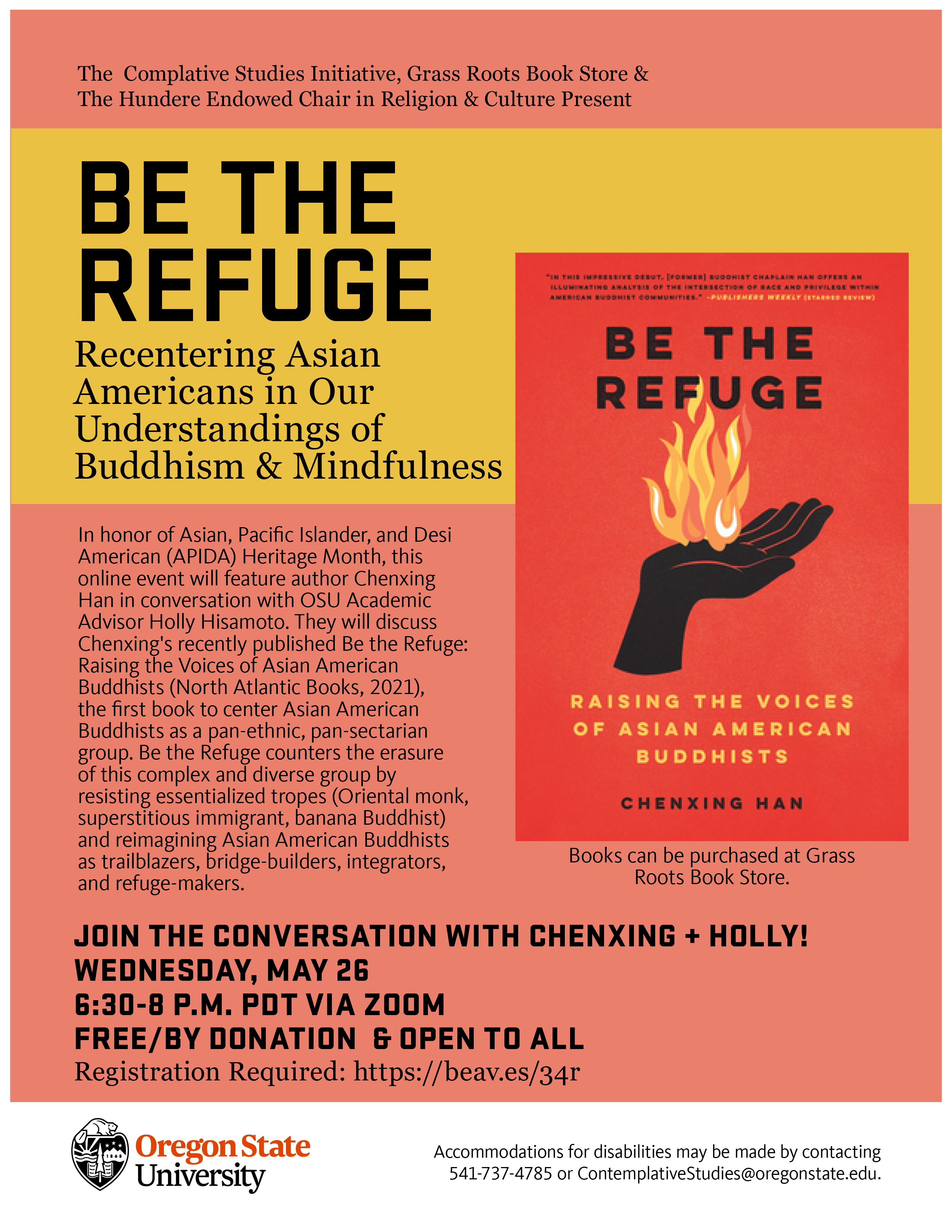 Be the Refuge: Recentering Asian Americans in Our Understandings of Buddhism and Mindfulness

A Discussion with Chenxing Han and Holly Hisamoto

Presented in partnership with the Hundere Endowed Chair in Religion & Culture and Grass Roots Book Store - where Chenxing's book Be the Refuge: Raising the Voices of Asian American Buddhists can be purchased.

Free/By Donation, Open to All

Please view the recording below!

Two thirds of U.S. Buddhists are of Asian heritage, though it's hard to guess this from mainstream depictions. What is lost when American Buddhist sanghas and meditation communities decenter our Asian heritage? This event provides a space for honest exploration as we delve into this question and consider what it means to be a refuge for one's self and others. Informed by chaplaincy work, Holly and Chenxing will lift up themes of identity and culture, power and race, anger and grief, ancestors and ritual, and other topics from their perspectives as Asian American Buddhists. In the face of ongoing anti-Asian violence, this timely conversation holds a space for connection, resilience, and healing. We hope you'll join us, and we look forward to your questions and insights during the audience Q&A portion of the program.

Accommodation requests can be made by emailing ContemplativeStudies@oregonstate.edu or calling 541-737-4785. 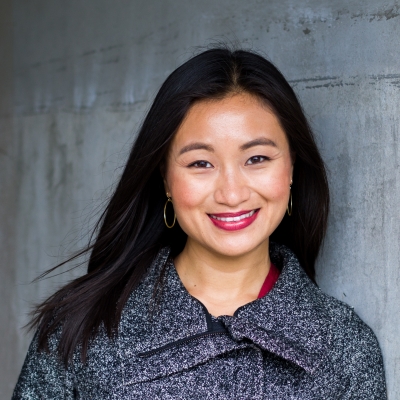 Chenxing Han is a Bay Area–based writer whose publications have appeared in Buddhadharma, Journal of Global Buddhism, Lion’s Roar, Pacific World, Tricycle, and elsewhere. She holds a BA from Stanford University and an MA in Buddhist Studies from the Graduate Theological Union.

After studying chaplaincy at the Institute of Buddhist Studies in Berkeley, California she worked in spiritual care at a nearby community hospital in Oakland.

Her first book, Be the Refuge: Raising the Voices of Asian American Buddhists, was published by North Atlantic Books in January 2021. 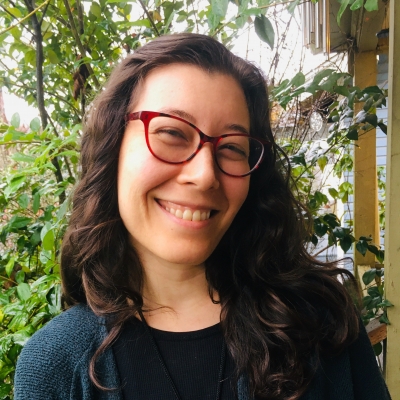 Holly Hisamoto is an Academic Advisor in the University Exploratory Studies Program at OSU, and previously served as a Buddhist chaplain in pediatric emergency care and hospice.

She holds a BA in Religious Studies from Naropa University and an MDiv in Buddhist Chaplaincy from University of the West. A ngakmo, or lay Buddhist priest, Holly’s focus is local community, including anti-racism education, peer support with other caregivers, building friendships for interfaith dialogue, and engaging an ongoing dialectic between social action and contemplative practice.

Holly is also honored to be among the interviewees whose voices are featured in Chenxing’s book.